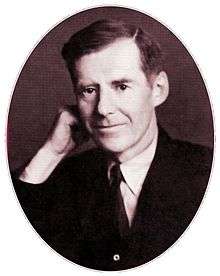 Jones's best-known work, The Later Roman Empire, 284–602 (1964), is considered the definitive narrative history of late Rome and early Byzantium, beginning with the reign of the Roman tetrarch Diocletian and ending with that of the Byzantine emperor Maurice. One of the most common modern criticisms of this work is its almost total reliance on literary and epigraphic primary sources, a methodology which mirrored Jones's own historiographical training. Archaeological study of the period was in its infancy when Jones wrote, which limited the amount of material culture he could include in his research.

He published his first book, The Cities of the Eastern Roman Provinces, in 1937. In 1946, he was appointed to the chair of the Ancient History department at University College, London. In 1951, he moved to Cambridge University and assumed the same post there. He was elected a Fellow of the British Academy in 1947.

Jones was reportedly an extremely fast reader with an encyclopedic memory. His disdain for "small talk" sometimes made him seem remote and cold to those who did not know him well, but he was warmly regarded by his students. He was sometimes criticized for not fully acknowledging the work of earlier scholars in his own footnotes, a habit he was aware of and apologized for in the preface to his first book.

Jones died of a heart attack in 1970 while traveling by boat to Thessaloniki to give a series of lectures.[2]

Since Jones's death, popular awareness of his work has often been overshadowed by the work of scholars of Late Antiquity, a period which did not exist as a separate field of study during his lifetime. Late Antiquity scholars frequently refer to him, however, and his enormous contributions to the study of the period are widely acknowledged.