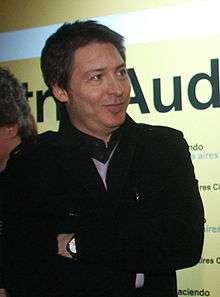 He was born in New York City to Jewish parents, who moved to Argentina in 1970.

He started working in the TV series Pelito at the early age of 13. He then worked in other TV shows such as La Banda del Golden Rocket, Poliladron, Por el Nombre de Dios, 22, El Loco, and Sin código, and for films such as Comodines, Cohen vs Rossi, Apariencias, El hijo de la novia, El día que me amen and 18-J.

Together with Fernando Blanco, he created in 1994 Pol-Ka, one of the three most important TV producing companies in Argentina, with shows that have been exported to other countries.

He married, and later divorced actress Araceli González, with whom he had a child, Tomás.