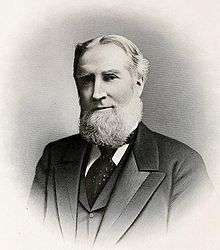 Born in Washington, D.C., Hagner attended St. John's College and received an A.B. from Princeton University in 1845 before reading law to enter the Bar in 1848. He was in private practice in Annapolis, Maryland from 1848 to 1879. He was a Maryland State Representative from 1854 to 1855, also serving as a special judge for Prince George's County, Maryland.

On January 17, 1879, Hagner was nominated by President Rutherford B. Hayes to a seat on the United States District Court for the District of Columbia vacated by Abram B. Olin. Hagner was confirmed by the United States Senate on January 21, 1879, and received his commission the same day. He served in that capacity until his retirement, on June 1, 1903.

He died in Washington, D.C.