For other uses, see Alnwick (disambiguation).

The town is on the south bank of the River Aln, 32 miles (51 km) south of Berwick-upon-Tweed and the Scottish border, 5 miles (8 km) inland from the North Sea at Alnmouth and 34 miles (55 km) north of Newcastle upon Tyne.

The town dates to about AD 600, and thrived as an agricultural centre. Alnwick Castle was the home of the most powerful medieval northern baronial family, the Earls of Northumberland. It was a staging post on the Great North Road between Edinburgh and London, and latterly has become a rural centre and dormitory town. The town centre has changed relatively little, but the town has seen some growth, with several housing estates covering what had been pasture, and new factory and trading estate developments along the roads to the south.

The history of Alnwick is the history of the castle and its lords, starting with Gilbert Tyson, written variously as "Tison", "Tisson", and "De Tesson", one of William the Conqueror's standard bearers, upon whom this northern estate was bestowed. It was held by the De Vesci family (now spelt "Vasey" – a name found all over south-east Northumberland) for over 200 years, and then passed into the hands of the house of Percy in 1309.

At various points in the town are memorials of the constant wars between Percys and Scots, in which so many Percys spent the greater part of their lives. A cross near Broomhouse Hill across the river from the castle marks the spot where Malcolm III of Scotland was killed during the first Battle of Alnwick. At the side of the broad shady road called Ratten Row, leading from the West Lodge to Bailiffgate, a stone tablet marks the spot where William the Lion of Scotland was captured during the second Battle of Alnwick (1174) by a party of about 400 mounted knights, led by Ranulf de Glanvill.

Hulne Priory, outside the town walls in Hulne Park, the Duke of Northumberland's walled estate, was a monastery founded in the 13th century by the Carmelites; it is said that the site was chosen for some slight resemblance to Mount Carmel where the order originated. Substantial ruins remain.

The Alnwick by-pass takes the A1 London – Edinburgh trunk road around the town. It was started in 1968.[3]

By the time of the 2011 Census an electoral ward covering only part of Alnwick Parish name existed. The total population of this ward was 4,766.[5] 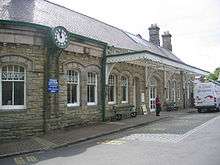 Formerly a largely rural and agrarian community, the town now lies well within the "travel to work" radius of Morpeth and Newcastle upon Tyne and has a sizeable commuter population. Some major or noteworthy employers in the town are:

The town's greatest building by far is Alnwick Castle, one of the homes of the Duke of Northumberland, and site of The Alnwick Garden; it dominates the west of the town, above the River Aln. The castle is the hub of a number of commercial, educational and tourism operations. From 1945 to 1975, it was the location of a teacher training college for young women and "mature students" (persons of more than 21 years in age). Currently, it houses American students studying in Europe through a partnership with Saint Cloud State University; it is the base of Northumberland Estates, the Duke's commercial enterprise; and is in its own right a tourist attraction. The castle is open to tourists from April to September, and the Gardens all year around. It is the second largest inhabited castle in England, after Windsor Castle. Benjamin Disraeli describes Alnwick as "Montacute" in his novel Tancred. 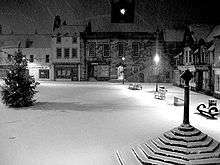 Alnwick marketplace at night in winter

The centre of town is the market place, with its market cross, and the relatively modern Northumberland Hall, used as a meeting place. Surrounding the market place are the main shopping streets: Narrowgate, Fenkle Street, and Bondgate Within. The last of these is a wide road fronted by commercial buildings. In medieval times, Alnwick was a walled town, although due to fluctuating economic conditions during the Middle Ages, the walls were never completed. Hotspur Tower, a medieval gate, is extant, dividing Bondgate Within from Bondgate Without, and restricting vehicles to a single lane used alternately in each direction. Pottergate Tower, at the other side of the town, also stands on the site of an ancient gate, but the tower itself was rebuilt in the 18th century. Its ornate spire was destroyed in a storm in 1812. Outside the line of the walls, the old railway station building is relatively ostentatious for such a small town, due to its frequent use by royal travellers visiting Alnwick Castle. It is now a large secondhand bookshop.

The town has a thriving playhouse, a multi-purpose arts centre, which stages theatre, dance, music, cinema, and visual arts productions.

In 2003, the Willowburn Sports and Leisure Centre was opened on the southern outskirts of the enlarged town (replacing the old sports centre located by the Lindisfarne Middle School and the now-demolished Youth Centre). More widely, the Alnwick district boasts a wealth of sporting and leisure facilities, including football, cricket, rugby, rambling, rock climbing, water sports, cycling and horse riding. Golfers can find thirteen golf courses within 30 minutes drive of the town.

The castle is popular with film-makers: Blackadder, Robin Hood: Prince of Thieves and Harry Potter; are some of the films shot here. 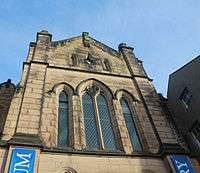 Alnwick's museum, Bailiffgate Museum, is close to the Bailiffgate entrance to the castle. Its collection is specifically dedicated to local social history. The museum has recently had a major refit funded by the Heritage Lottery Fund. Its collection includes a variety of agricultural objects, domestic items, railway items, coal mining artefacts, printing objects, a sizeable photographic collection, paintings and a range of activities for children.[7] Local artist Stella Vine donated three of her paintings to the museum, as she had grown up in Alnwick.

Other places of interest in and near the town include: 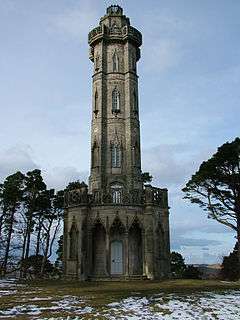 Major events in the Alnwick calendar include:

Alnwick Fair was an annual costumed event, held each summer from 1969 to 2007, recreating some of the appearance of medieval trading fairs and 17th century agricultural fairs. It has now been discontinued.[8] 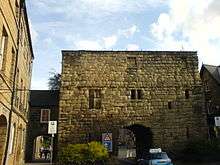 Alnwick town lies adjacent to the A1, the main national north/south trunk road, providing easy access to Newcastle upon Tyne (35 miles (56 km) south) and to the Scottish capital Edinburgh (80 miles (130 km) north). The town is an 'A1 Town', there are several such similar towns in the North of England such as (North to South), Berwick Upon Tweed (28.1 miles North), Morpeth (28.3 miles South), Newton Aycliffe (65.1 miles South) and Wetherby (116 miles South). Being such a stopping point on the A1 (particularly in such a rural area) provides Alnwick with a lot of passing trade and tourism.

The main East Coast railway link between Edinburgh (journey time approximately 1:10) and London (journey time approximately 3:45) runs via the nearby Alnmouth for Alnwick Station, with a weekday service of 15 trains per day north to Edinburgh and 13 trains per day south to London. Despite its name, Alnmouth Station is located at the western end of the village of Hipsburn, near to the hamlet of Bilton. It also serves the village of Lesbury.

Alnwick was once connected to the main line by the Alnwick branch line, but this was closed in January 1968. The Aln Valley Railway Trust, is in stages, reconstructing the branch as a heritage railway. The Alnwick terminus, called Lionheart station, is located near the Lionheart Enterprise Estate on the outskirts of the town rather than on the site of the original Alnwick railway station closer to the town centre. The building of the A1 bypass makes reopening the section of the line leading into the town centre unviable.

Newcastle Airport lies around 45 minutes drive-time away, and provides 19 daily flights to London (Heathrow, Gatwick, Stansted and London City), with regular flights to other UK centres. The airport also operates regular flights to many European destinations, along with destinations in Africa and North America. Newcastle Airport is the nearest, however for alternative flights, Edinburgh Airport, Manchester Airport and Leeds Bradford Airport are all within 150 miles (240 km). 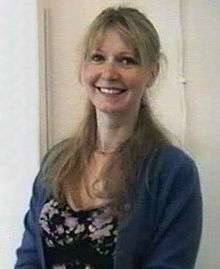