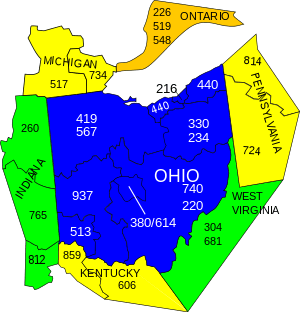 It was one of the original area codes issued in the North American Numbering Plan on January 1, 1947. It originally covered the entire northeastern quadrant of Ohio, from Lorain to Youngstown. In 1997, as part of a three-way split, the southern portion, including Akron, Canton, and Youngstown, became area code 330, while the eastern and western portions became area code 440.