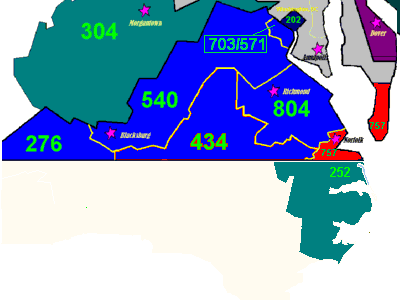 The region within its service area includes the following:

Before the implementation of number pooling, 757 was projected to run out of numbers as early as 2002. A plan was developed that would have allowed an overlay in the Hampton Roads metro area leaving all of the Eastern Shore in 757; however, this plan was never implemented and the area code is not projected to reach full capacity until sometime in 2025 or so.[1]