Billie Lee Turner II (born December 22, 1945, Texas City, Texas, USA) is an American geographer, member of the National Academy of Sciences, and prominent among the third generation of the Berkeley School of Latin Americanist Geography. In August 2008, he took a position as the first Gilbert F. White Chair in Environment and Society at Arizona State University, where he is affiliated with the School of Geographical Sciences and Urban Planning and the School of Sustainability. In November 2015, he was named a Regent’s Professor, the highest faculty honor that can be bestowed by Arizona State University.[1] 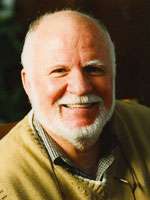 For most of his career (1980–2008) he taught at Clark University in Worcester, Massachusetts. There, he served as Alice C. Higgins and Milton P. Professor of Environment and Society, and Director of the Graduate School of Geography.

Turner's contributions to knowledge have evolved from an interest in human impacts on the natural world. His early study was on the borders of archaeology and geography - the pre-Hispanic agricultural systems of the Maya in the Yucatán Peninsula of Mexico (Turner, 1983; Harrison & Turner, 1978). This geographical and archaeological work fueled an interest in agricultural pathways and livelihoods more generally, particularly patterns of agricultural intensification. As an authority of agricultural systems, Turner produced several influential texts on the theory of agrarian change (Turner and Brush, 1989; Turner, 1974; Turner, Hyden & Kates, 1993).

The environmental transformations that have accompanied population growth in Central America led to a broader engagement with cultural ecology and the human relationship with nature. A major initiative with colleagues at Clark University, which was always a center for this type of work under Robert Kates, Roger Kasperson and others, culminated in the Earth Transformed by Human Action (1990), a major stocktaking of anthropogenic impacts on the planet and its ecosystems. Over the last 20 years Turner has led, or participated in, other research on the science and dynamics of global environmental change (e.g. Steffen et al., 2004).

His interest in specific impacts of populations and societies on land use change and alterations in land cover led to a return to fieldwork in Central America in the 1990s, supported by several large research grants and working with a number of PhD students. The specific focus was to understand contemporary patterns of land use, informed by social investigations and GIS and remote sensing (Turner et al., 2004; Gutman et al., 2004). Turner is associated with the development of LUCC analysis - Land Use/Cover Change and ways to assess it, as concern grows about tropical deforestation and agricultural expansion. He has also promoted the emerging field of 'Sustainability Science', an emerging focus at Arizona State University (Rindfuss et al., 2004), latterly applying it to the landscape in the Phoenix metropolitan area, including vegetation types, land cover change, and microclimates.

He has a lifelong interest in the promotion of geography as an academic discipline in the USA, and the development of geographic literacy. He lists, among his hobbies, "entertaining grad students", and he has supervised at least 30 PhDs through to successful careers, and been their great supporters.