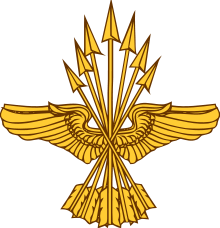 The Bureau of Insular Affairs was a division of the United States War Department that oversaw civil aspects of the administration of several territories from 1898 until 1939.

The bureau was created 13 December 1898 as the Division of Customs and Insular Affairs within the Office of the Secretary of War.[1] This followed the Spanish–American War, which resulted in the transfer of several areas from Spain to the United States, including the Philippines, Puerto Rico, and Cuba. The bureau supervised the customs and civil affairs of these areas. The word "insular" was already associated with Cuba and Puerto Rico because the Spanish had created autonomous "insular" governments for both islands in February 1898.

From 1898 to 1900 and again in 1909–1934, the Bureau was responsible for the administration of Puerto Rico, called "Porto Rico" in official U.S. government documents until 1932. Puerto Rico, also an unincorporated territory of the United States, was administered under a civil government created by the Foraker Act of 1900, amended by the Jones–Shafroth Act of 1917. In 1934, the Bureau's functions for Puerto Rico were transferred to the Division of Territories and Island Possessions (later the Office of Territories and still later the Office of Territorial Affairs) within the Department of the Interior.

Befitting its organization within the War Department, the chief of the bureau was always an army general. The longest-tenured chiefs were Brig. Gen. Clarence R. Edwards, who served from 1902 to 1912, and Maj. Gen. Frank McIntyre, who served from 1912 to 1929. Future Supreme Court justice Felix Frankfurter served briefly as a law officer for the bureau beginning in 1911.