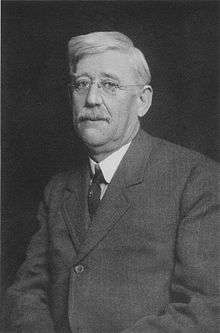 Halsted was born at Venice, New York. He studied at Michigan State University and at Harvard (D.Sc., 1879).

In addition to his writings on biology and agriculture, Halsted was known for his book, Barn Plans and Outbuildings (New York: Orange Judd Co., 1894).

Halsted was an uncle of plant explorer David Fairchild who studied with him in Iowa and New Jersey.

The standard author abbreviation Halst. is used to indicate this individual as the author when citing a botanical name.[2]'