The Byzantine Catholic Church of Croatia, Slovenia, Bosnia-Herzegovina and Serbia is an Eastern Catholic Church sui iuris of the Byzantine Rite which is in full union with the Roman Catholic Church. It consists of the Eparchy of Križevci and the Apostolic Exarchate of Serbia. The Eparchy of Križevci has been headed by Bishop Nikola Kekić since his appointment in 2009 and the Apostolic Exarchate of Serbia has been headed by Bishop Đura Džudžar since his appointment in 2003. 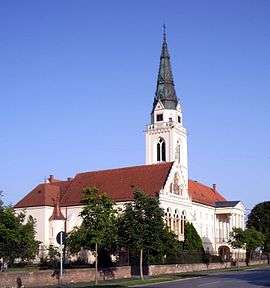 Cathedral of the Holy Trinity in Križevci, Croatia 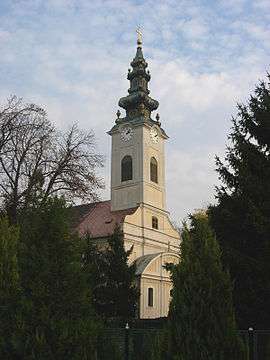 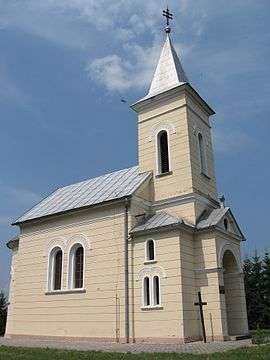 Until 2001, the Byzantine Catholic Eparchy of Križevci had full jurisdiction over all Eastern Catholics of the Byzantine Rite throughout the entire territory of former Yugoslavia, including all of its successor states: Croatia, Slovenia, Bosnia-Herzegovina, Serbia, Montenegro and Macedonia. During that time, it mostly gathered its faithful among the Croats in central and eastern Croatia, among the Rusyns or Ukrainians in eastern Croatia, northern Bosnia and northern Serbia and among Macedonians in Macedonia.

After the formation of independent successor states from what had been Yugoslavia, the process of administrative reorganization was initiated. In 2001, a separate Byzantine Catholic Apostolic Exarchate of Macedonia was formed for Eastern Catholics of the Byzantine Rite in Macedonia. It was fully separated from Eparchy of Križevci and proclaimed as directly subjected only to the Holy See.[1]

After those changes, the jurisdiction of Eparchy of Križevci was reduced to Croatia, Slovenia and Bosnia-Herzegovina.

In 2013, all Roman Catholics of Byzantine Rite in Montenegro were entrusted to the local Latin Bishops, so the jurisdiction of Apostolic Exarchate of Serbia and Montenegro was reduced to Serbia only.[2]

The liturgy is the Slavonic form of Byzantine Rite, using the Old Church Slavonic language and the Cyrillic alphabet.

The Eparchy of Križevci reported for the year 2010 a total of 21,509 faithful (in Croatia, Slovenia, and Bosnia-Herzegovina). At that time, the Apostolic Exarchate for Serbia and Montenegro reported 22,369 faithful.[3]