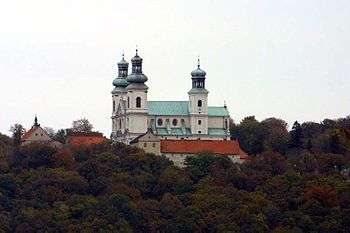 The Camaldolese (Latin: Ordo Camaldulensium) monks and nuns are part of the Benedictine family of monastic communities which follow the way of life outlined in the Rule of St. Benedict, written in the 6th century. Their name is derived from the Holy Hermitage (Italian: Sacro Eremo) of Camaldoli, high in the mountains of central Italy, near the city of Arezzo. They use the post-nominal initials O. Camald. 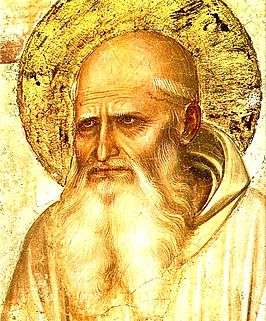 The Camaldolese were established through the efforts of the Italian monk Saint Romuald[1] (c. 950 – c. 1025/27). His reform sought to renew and integrate the eremetical tradition of monastic life with that of the cenobium.

In his youth Romuald became acquainted with the three major schools of western monastic tradition. The monastery where he entered the Order, Sant' Apollinare in Classe was a traditional Benedictine community under the influence of the Cluniac reforms. Romuald chose to be under a spiritual master, Marinus, who followed a much harsher ascetic and solitary lifestyle that was originally of Irish eremitical origins. Some years later, Marinus and Romuald settled near the Abbey of Sant Miguel de Cuxa, where Abbot Guarinus was also beginning reforms but was building mainly upon the Iberian Christian tradition. Later drawing on his various early experiences, Romuald was able to establish his own monastic pattern, though he himself never thought of it as a separate unit, seeing it as a full part of the Benedictine tradition.

Around 1012 Romuald founded the Sacred Hermitage of Camaldoli in the Tuscan hills. There monks lived in individual cells, but also observed the common life, worshiping daily in the church and breaking bread in the dining hall.[2] Here the distinctive white habit first appears; at Camaldoli are first found in combination the two cenobite and hermit branches that are afterwards so marked a feature of the order. The order was approved by Pope Alexander II, in 1072.[3]

There are Camaldolese hermitages and monasteries throughout Italy. 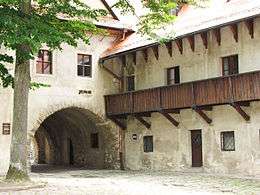 There are two Camaldolese congregations:

The Benedictine Camaldolese are headquartered at Camaldoli, known as the Holy Hermitage, and maintains a mix of monasteries and hermitages of men. The first community founded by the congregation was the Monastery of St. Mary of the Angels in Florence.[2] By the 13th century, its scriptorium was known as a major source of high quality parchments throughout Europe, and were much in demand. It was in this monastery that the artist Lorenzo Monaco explored his vocation as a monk, eventually leaving the monastery.

The other congregation, known as the Camaldolese Hermits of Monte Corona (Er.Cam.), was established by the Renaissance reformer, Paolo Giustiniani. This group lives solely in hermitages, usually with a very small number of monks comprising the community. There are three houses in Italy, two in Poland, and one each in Spain, the United States, and Colombia, as well as a new foundation in Venezuela. Unlike the other congregation, it is not a member of the larger Benedictine Confederation.

Various attempts were made at reunion between the two congregations. None, however, lasted—the longest being in effect 1634-1667. In that final year, Pope Clement IX issued a Papal Bull establishing a definitive separation between them.[3]

The Camaldolese Crown was designed by Bl. Michele Pina (1450-1522), and is sometimes called the Crown of Our Lord, (Corona Del Signore). It was officially approved by Papal brief on 18 February 1516. 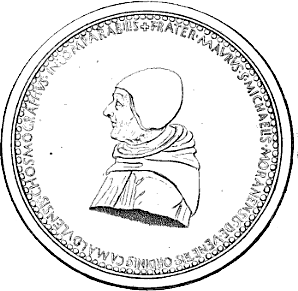 Fra Mauro of the Camaldolese Monastery of St. Michael in Murano, Venice (ca. 1459)

Previously there were three other autonomous Congregations, based in Turin (founded 1596), Venice (1474-1569) and France (founded 1526). The monasteries attached to Hermitage of Turin seem to have been absorbed by the Monte Corona congregation in the 18th century. The Venetian congregation, which was headed by an abbot, and the French one were eventually suppressed by the Holy See. The French monks became associated with Jansenism, due to which their congregation was suppressed in 1770 and the monks dispersed.[3]

By the early 20th century, the Venetian congregation, which was entirely coenobitic, was felt by Rome to be too few in numbers for continued existence, and its members were offered the opportunity to seek admission with the Congregation of Camaldoli. It had contributed many of its members to the service of the Church, most notably Pope Gregory XVI. The noted cartographer, Fra Mauro had been a member of the mother monastery of St. Michael of Murano. It was in this community that the German merchant Daniel became a monk. Eventually he established a solitary hermitage in the woods, where he spent long periods in prayer. He was murdered in his cell by robbers in 1413 and is today venerated as Saint Daniel of Murano.[4]

In the Kingdom of Hungary, four Camaldolese monasteries were established: Zobor Hill (1695), Lánzsér (German: Landsee) (1701), Vöröskolostor (1710) and Majk (1733). In 1782 the Emperor Joseph II ordered the dissolution of every monastic order that, in his view, did not pursue "useful" activities. Thus the Camaldolese monasteries in that realm were secularized.

The Camaldolese order extended its presence to the United States in 1958, with the founding of Immaculate Heart Hermitage, more commonly called New Camaldoli Hermitage, in the Santa Lucia Mountains of Big Sur, California.[5] New Camaldoli Hermitage established a daughter house, Incarnation Monastery in Berkeley, California.[2] For several years, there was also a small community, Epiphany Monastery, in New Boston, New Hampshire, which was closed in 1998. There are also Camaldolese communities in India, Brazil, and Tanzania. 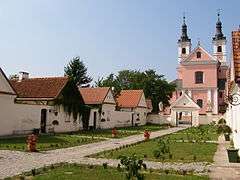 Soon after the various communities established by St. Romuald began to develop, communities of nuns desired to share in this reform. Beginning under the guidance of the Blessed Rudolf, third Prior General of Camaldoli, they were accepted into the life of the Congregation. He founded the Monastery of San Pietro di Luco in Mugello near Florence to establish the model of their "Little Rule" in 1086.

At their zenith, only ten monasteries of nuns were a part of the Order. There were many small monasteries, however, which followed the Camaldolese Rule, but were subject to local bishops. Of those who form a part of the Congregation of the Holy Hermitage, their Motherhouse is the Abbey of St. Anthony the Abbot in Rome, where the abbess lives.[6]

The Camaldolese nuns are established almost entirely in Italy and Poland in Złoczew. A few foundations, though, have been made in other countries. In France, a monastery of nuns was established by Polish nuns of the Order but it is on the verge of closure, with just one nun in residence. A monastery has been founded in Tanzania, which is currently flourishing.

Founded in 1979 by three Sisters, in Windsor, New York, Transfiguration Monastery became formally affiliated with the Camaldolese Benedictine Congregation in 1986. Sister Mary Donald Corcoran, O.S.B. Cam., has served as prioress since its foundation, which she made with two companions, Sisters Placid (a former recluse from France) and Jean Marie Pearse, a native of the region. For practical reasons, they have begun the process of changing their affiliation to an American Benedictine congregation, while still retaining Camaldolese tradition.[7]