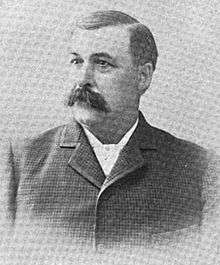 Born in Harrisburg, New York, Chickering attended the common schools and Lowville Academy and was for some time a teacher in that institution. He engaged in business as a hardware merchant. He served as school commissioner of Lewis County 1865–1875. He was a member of the New York State Assembly (Lewis Co.) in 1879, 1880 and 1881; and was Clerk of the Assembly from 1884 to 1890. He served as chairman of the Lewis County Republican committee. He served as member of the Republican State committee, serving as secretary, and as a member of its executive committee.

Chickering was elected as a Republican to the Fifty-third and to the three succeeding Congresses and served from March 4, 1893, until his accidental death from injuries received in a fall from a window of the Grand Union Hotel in New York City while on a business trip February 13, 1900. He served as chairman of the Committee on Railways and Canals (Fifty-fourth through Fifty-sixth Congresses). He was interred in Riverside Cemetery, Copenhagen, New York.