Charles Dudley Warner (September 12, 1829 – October 20, 1900) was an American essayist, novelist, and friend of Mark Twain, with whom he co-authored the novel The Gilded Age: A Tale of Today.

Warner was born of Puritan descent in Plainfield, Massachusetts. From the ages of six to fourteen he lived in Charlemont, Massachusetts, the scene of the experiences pictured in his study of childhood, Being a Boy (1877). He then moved to Cazenovia, New York, and in 1851 graduated from Hamilton College, Clinton, NY. [1]

He worked with a surveying party in Missouri; studied law at the University of Pennsylvania; practiced in Chicago (1856–1860); was assistant editor (1860) and editor (1861–1867) of The Hartford Press, and after The Press was merged into The Hartford Courant, was co-editor with Joseph R Hawley; in 1884 he joined the editorial staff of Harper's Magazine, for which he conducted The Editor's Drawer until 1892, when he took charge of The Editor's Study. [1]

He died in Hartford on October 20, 1900, and was interred at Cedar Hill Cemetery, with Mark Twain as a pall bearer and Joseph Twichell officiating.[2]

Warner traveled widely, lectured frequently, and was actively interested in prison reform, city park supervision, and other movements for the public good. He was the first president of the National Institute of Arts and Letters, and, at the time of his death, was president of the American Social Science Association. He first attracted attention by the reflective sketches entitled My Summer in a Garden (1870; first published in The Hartford Courant), popular for their abounding and refined humour and mellow personal charm, their wholesome love of outdoor things, their suggestive comment on life and affairs, and their delicately finished style, qualities that suggest the work of Washington Irving.

In 1873, Warner and Mark Twain published their co-authored book The Gilded Age: A Tale of Today, which gave that era of American history its name. Charles Dudley Warner is known for making the famous remark,

Everybody complains about the weather, but nobody does anything about it.[3]

This was quoted by Mark Twain in a lecture, and is still commonly misattributed to Twain.[4] 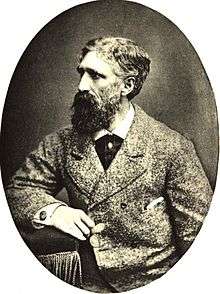 The citizens of San Diego so appreciated his flattering description of their city in his book, Our Italy, that they named three consecutive streets in the Point Loma neighborhood after him: Charles Street, Dudley Street, and Warner Street.[5] 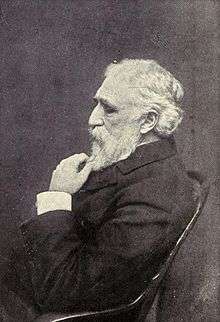 He also edited The American Men of Letters series, to which he contributed an excellent biography of Washington Irving (1881), and edited a large Library of the World's Best Literature.