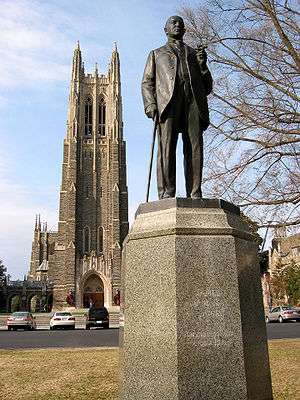 Statue of James B. Duke in Duke University, 1935 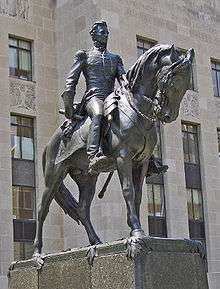 Keck studied at the National Academy of Design and the Art Students League of New York with Philip Martiny, and was an assistant to Augustus Saint-Gaudens from 1893 to 1898. He also attended the American Academy in Rome. In 1921 he was elected into the National Academy of Design as an Associate member and became a full Academician in 1928. He is best known for his monuments and architectural sculpture. His interment was located at Fishkill Rural cemetery.

In 1913 Keck designed a memorial plaque that was cast from metal that had been salvaged from the USS Maine after it was raised in Havana harbor the previous year. Over a thousand of the plaques were cast and they are spread unevenly all over the United States. In 1931, Keck completed the Great Seals of the Commonwealth of Virginia which had been commissioned by the Commonwealth. The obverse of the seal is still used to this day and appears on the state flag.