The Chicago Stock Exchange was founded in a formal meeting on March 21, 1882. At this time, Charles Henrotin was elected the chairman and president. In April that year, a lease was taken out at 115 Dearborn Street for the location of the exchange and during that year 750 memberships were sold.[1]

On May 15, 1882, the Chicago Stock Exchange officially became public and opened its offices, with Henrotin being the first to promote it along with some business associates.[1]

The exchange began to flourish significantly in the late 1880s, with the rate of transactions of stocks and bonds increasing and earning them big profits.[1] 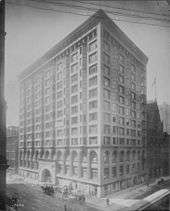 In July 1914, the Exchange closed as a result of World War I, and remained closed until December 11. In October 1915, the basis of quoting and trading in stocks changed from percent to par value to dollars. On April 26, 1920, the Chicago Stock Exchange Stock Clearing Corporation was established. On October 29, 1929, the stock market crashed, resulting in a very difficult time period for the Chicago Stock Exchange, and the stock market in general.

In April 1978, the Chicago Stock Exchange launched an Intermarket Trading System (ITS), a system that allowed orders to be sent from one exchange to another to ensure that customers received the best execution available.

In the 1980s, the Chicago Stock Exchange made several technological advancements to improve trading. In 1982, the CHX launched the MAX system, which allowed CHX to be one of the first stock exchanges to provide fully automated order execution. In 1987, the CHX implemented programs to trade Nasdaq securities. 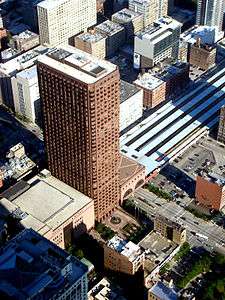 At the beginning of the new millennium, several major changes occurred. In 2005, the SEC approved a change of the ownership structure of the CHX from a not-for-profit, member-owned company to a for-profit, stockholder-owned corporation. The CHX now operates as a direct and wholly owned subsidiary of CHX Holdings, Inc., a Delaware corporation. Later in 2005, the CHX implemented the Electronic Book trading platform; the predecessor technology of the New Trading Model’s Matching System. In 2006, the Exchange announced regulatory and shareholder approval of an investment in CHX by Bank of America Corporation, Bear Stearns (acquired by JP Morgan Chase in 2008), E*TRADE FINANCIAL Corporation, and Goldman, Sachs & Co. In the same year, the CHX announced that it had completed the migration to the New Trading Model platform (the CHX Matching System).

On 5 February 2016, Chongqing Casin Enterprise Group, a Chinese led investment group, entered into a definitive agreement to acquire CHX Holdings, Inc., the parent corporation of the Chicago Stock Exchange, for an undisclosed amount, which is subject to regulatory approvals. The privately held Casin Group was founded in 1997. A minority ownership position is held by Bank of America, E-Trade, Goldman Sachs and JPMorgan Chase.[4] The acquisition is valued to be less than $100 million.[5]

Trading on the CHX

The CHX Matching System was designed for full electronic trade matching.[6] Publicly traded companies do not need to be listed on the CHX to be traded at CHX; SEC rules allow the CHX to trade stocks listed on other exchanges.[7]

In the winter of 2015-2016, CHX anticipates rolling out its revolutionary on-demand auction product, CHX SNAP (Sub-second Non-displayed Auction Process), which received regulatory approval from the Securities and Exchange Commission in October 2015 and a thorough review from the Federal Reserve Bank of Chicago. CHX SNAP is designed to facilitate bulk trading of securities on a lit market and to minimize speed and information advantages enjoyed by only a few market participants.