Christopher James Berman (born May 10, 1955), also known by the nickname Boomer, is an American sportscaster. He has been an anchor for SportsCenter on ESPN since 1979, joining a month after its initial launch, and has hosted the network's Sunday NFL Countdown program since 1985. He has also anchored Monday Night Countdown, U.S. Open golf, the Stanley Cup Finals, and other programming on ESPN and ABC Sports. Berman calls play-by-play of select Major League Baseball games for ESPN, including the Home Run Derby. A six-time honoree of the National Sportscasters and Sportswriters Association's "National Sportscaster of the Year" award, Berman was instrumental in establishing ESPN's lasting popularity during the network's formative years.[1] He is well known for his various catchphrases and quirky demeanor. He was awarded the Pete Rozelle Award for excellence in football broadcasting in 2010.

Berman was born in Greenwich, Connecticut, the son of Peggy Shevell (née Tenenbaum), who worked as a reporter-researcher for Time magazine, and James Keliner Berman, a corporate executive vice president.[2] Berman grew up in Irvington, New York. He was raised Jewish.[3] During his childhood, he went to Camp Winnebago in Fayette, Maine. He enrolled at the Hackley School in 1970, and graduated Brown University in 1977 with a degree in history,[4] where he was the sports director of the school's radio station, WBRU.[5] 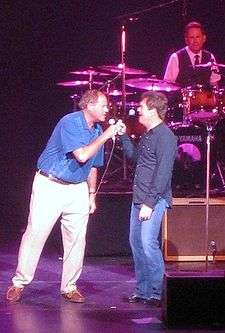 Berman's sportscasting career began at Hartford's WVIT-TV as a weekend sports anchor. He joined ESPN in 1979, a month after its founding, and has been with the network ever since. Along with Bob Ley, he is one of ESPN's longest-tenured employees. Berman and Ley are the only remaining SportsCenter anchors from 1979. He is currently the host of both Sunday NFL Countdown, and Monday Night Countdown. In addition, during the NFL season, he hosts the evening SportsCenter (airing generally at either 7:30 PM Eastern Standard Time or 11 PM Eastern Standard Time) along with Herm Edwards, who replaced Tom Jackson for the 2016 season. From 1988-1989, he hosted ESPN's first game show, Boardwalk and Baseball's Super Bowl of Sports Trivia.[9]

By 1993, Berman was described as the leader of the ESPN team and one of the most recognizable sportscasters in the business. "The true test is when Chris is on, turn down your TV and open your window. You will hear him. The microphone is nothing but a prop," said fellow ESPN anchor Keith Olbermann.[1] In December 2008, the Associated Press ran a long retrospective on Berman's 30-year career with ESPN.[10] "He is our most important person," said Norby Williamson, ESPN's vice president of production. "He is the face of ESPN," he added. At the time, Berman noted that his contract with ESPN would expire on his 55th birthday, and that he did not see himself broadcasting into his 60s. In April 2010, however, ESPN extended Berman's contract for an undisclosed period of time, only noting that it was a multi-year deal.[11] The contract was eventually revealed to expire at the end of 2016.[12]

Berman was a season ticket holder for the Hartford Whalers, and was a strong supporter of the team's staying in Connecticut. He occasionally makes reference to the team, sometimes even by humming the team's theme song, Brass Bonanza. Berman has also become a strong backer of the Buffalo Bills in recent years. In an interview with Buffalo Bills reporter and play-by-play voice John Murphy on July 26, 2012, Berman acknowledged that you could call him a "Bills Booster".[13] This sentiment is also echoed in Berman's on-air phrase, "No one circles the wagons like the Buffalo Bills!"[13] In addition, he has been involved with several events relating to the Bills, such as team founder Ralph Wilson's induction into the Pro Football Hall of Fame, and Bruce Smith's Bills Wall of Fame induction in September 2016.

Berman is well known for his various catchphrases and player nicknames.[14]

Berman adopts the persona of his alter ego, "The Swami," to make predictions on Sunday NFL Countdown. For seven consecutive years "The Swami" predicted a Super Bowl between the San Francisco 49ers and the Buffalo Bills, one or the other – but never both – making it during that span.[20]

Berman appeared in Adam Sandler's 1998 comedy The Waterboy as well as Sandler's The Longest Yard in 2005, playing himself as the play-by-play announcer of the prison football game. Berman also appeared as himself in Necessary Roughness in 1991, Little Big League in 1994, as well as Eddie and Kingpin in 1996. He made a cameo appearance in the 1995 Hootie and the Blowfish video for the single "Only Wanna Be With You." Berman made a cameo in the 2013 comedy Grown Ups 2. Berman appears in Nutrisystem commercials with Don Shula, Dan Marino, Terry Bradshaw, and Mike Golic, using some of his trademark phrases and nicknames to show how much weight they lost. 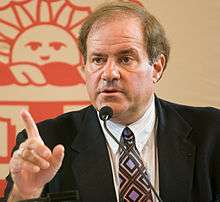