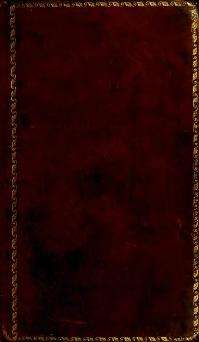 An 1842 copy of Eusebius' Church History

The Church History (Greek: Ἐκκλησιαστικὴ ἱστορία; Latin: Historia Ecclesiastica or Historia Ecclesiae) of Eusebius, the bishop of Caesarea was a 4th-century pioneer work giving a chronological account of the development of Early Christianity from the 1st century to the 4th century. It was written in Koine Greek, and survives also in Latin, Syriac and Armenian manuscripts.[1]

The result was the first full-length historical narrative written from a Christian point of view.[2] In the early 5th century two advocates in Constantinople, Socrates Scholasticus and Sozomen, and a bishop, Theodoret of Cyrrhus, Syria, wrote continuations of Eusebius' church history, establishing the convention of continuators that would determine to a great extent the way history was written for the next thousand years. Eusebius' Chronicle, which attempted to lay out a comparative timeline of pagan and Old Testament history, set the model for the other historiographical genre, the medieval chronicle or universal history.

Eusebius had access to the Theological Library of Caesarea and made use of many ecclesiastical monuments and documents, acts of the martyrs, letters, extracts from earlier Christian writings, lists of bishops, and similar sources, often quoting the originals at great length so that his work contains materials not elsewhere preserved. For example he wrote that Matthew composed the Gospel according to the Hebrews and his Church Catalogue suggests that it was the only Jewish gospel.

It is therefore of historical value, though it pretends neither to completeness nor to the observance of due proportion in the treatment of the subject-matter. Nor does it present in a connected and systematic way the history of the early Christian Church. It is to no small extent a vindication of the Christian religion, though the author did not primarily intend it as such. Eusebius has been often accused of intentional falsification of the truth; in judging persons or facts he is not entirely unbiased.[3]

Plan of the work

Eusebius attempted according to his own declaration (I.i.1) to present the history of the Church from the apostles to his own time, with special regard to the following points:

He grouped his material according to the reigns of the emperors, presenting it as he found it in his sources. The contents are as follows:

In its present form, the work was brought to a conclusion before the death of Crispus (July 326), and, since book x is dedicated to Paulinus, Archbishop of Tyre, who died before 325, at the end of 323 or in 324. This work required the most comprehensive preparatory studies, and it must have occupied him for years. His collection of martyrdoms of the older period may have been one of these preparatory studies.

Attitudes of the author

Eusebius blames the calamities which befell the Jewish nation on the Jews' role in the death of Jesus. This quote has been used to attack both Jews and Christians (see Christianity and anti-Semitism).

…that from that time seditions and wars and mischievous plots followed each other in quick succession, and never ceased in the city and in all Judea until finally the siege of Vespasian overwhelmed them. Thus the divine vengeance overtook the Jews for the crimes which they dared to commit against Christ.[4]

This is not simply anti-Semitism, however. Eusebius levels a similar charge against Christians, blaming a spirit of divisiveness for some of the most severe persecutions.

But when on account of the abundant freedom, we fell into laxity and sloth, and envied and reviled each other, and were almost, as it were, taking up arms against one another, rulers assailing rulers with words like spears, and people forming parties against people, and monstrous hypocrisy and dissimulation rising to the greatest height of wickedness, the divine judgment with forbearance, as is its pleasure, while the multitudes yet continued to assemble, gently and moderately harassed the episcopacy.[5]

He also launches into a panegyric in the middle of Book x. He praises the Lord for his provisions and kindness to them for allowing them to rebuild their churches after they have been destroyed.

The accuracy of Eusebius' account has often been called into question. In the 5th century, the Christian historian Socrates Scholasticus described Eusebius as writing for “rhetorical finish” and for the “praises of the Emperor” rather than the “accurate statement of facts.”[6] The methods of Eusebius were criticised by Edward Gibbon in the 18th century.[7] In the 19th century Jacob Burckhardt viewed Eusebius as 'a liar', the “first thoroughly dishonest historian of antiquity.”[7] Ramsay MacMullen in the 20th century regarded Eusebius' work as representative of early Christian historical accounts in which “Hostile writings and discarded views were not recopied or passed on, or they were actively suppressed..., matters discreditable to the faith were to be consigned to silence.”[8] As a consequence this kind of methodology in MacMullen's view has distorted modern attempts, (e.g. Harnack, Nock, and Brady), to describe how the Church grew in the early centuries.[9] Arnaldo Momigliano wrote that in Eusebius' mind "chronology was something between an exact science and an instrument of propaganda "[10] Drake in the 21st century treats Eusebius as working within the framework of a "totalizing discourse" that viewed the world from a single point of view that excluded anything he thought inappropriate.[11]

The work was translated into other languages in ancient time (Latin, Syriac, Armenian). Codex Syriac 1 housed at the National Library of Russia is one of the oldest Syriac manuscripts, dated to the year 462.[12]

Louth, A., and G. A. Williamson. Eusebius: The History of the Church from Christ to Constantine. London: Penguin, 1989.