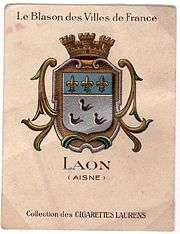 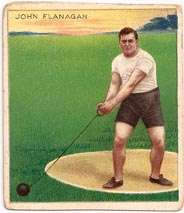 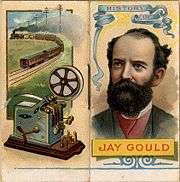 Beginning in 1875, cards depicting actresses, baseball players, Indian chiefs, and boxers were issued by the US-based Allen and Ginter tobacco company. These are considered to be some of the first cigarette cards.[2] Other tobacco companies such as Goodwin & Co. soon followed suit. They first emerged in the US, then the UK, then, eventually, in many other countries.

In the UK, W.D. & H.O. Wills in 1887 were one of the first companies to include advertising cards with their cigarettes, but it was John Player & Sons in 1893 that produced one of the first general interest sets ‘Castles and Abbeys’. Thomas Ogden soon followed in 1894 and in 1895, Wills produced their first set ‘Ships and Sailors’, followed by ‘Cricketers' in 1896. In 1906, Ogden’s produced a set of football cards depicting footballers in their club colours, in one of the first full-colour sets.

Each set of cards typically consisted of 25 or 50 related subjects, but series of over 100 cards per issue are known. Popular themes were 'beauties' (famous actresses, film stars and models), sporters (in the US mainly baseball, in the rest of the world mainly football and cricket), nature, military heroes and uniforms, heraldry[3] and city views.

Today, for example, sports and military historians study these cards for details on uniform design.[4]

Some very early cigarette cards were printed on silk which was then attached to a paper backing. They were discontinued in order to save paper during World War II, and never fully reintroduced thereafter.

Early in 2007, a world record price was paid in America for a single card - $2,350,000. This card was sold later on in the year for another world record price $2,800,000. The card in question featured Honus Wagner, one of the great names in U.S. baseball at the turn of the 20th century. Wagner was a dedicated non-smoker and objected when America’s biggest tobacco corporation planned to picture him on a cigarette card without his permission. Threats of legal action prevented its release, but a few slipped out, and it was one of these that stunned the collecting world when it was auctioned.[5]

One notable cigarette card is the example of Honus Wagner from the American Tobacco Company's T206 set. Sometimes referred to as "the Holy Grail", one such example sold for over $2 million. 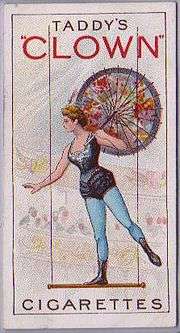 Another notable and sought-after set of cards is the untitled series issued by Taddy and known by collectors as "Clowns and Circus Artistes". While not the rarest cards in existence (there are a number of series in which only one known example remains), they are still very rare and command high prices whenever they come up for auction.

The Mecca cigarette trading card for George Sutton is also notable for it depicts him with hands. Sutton was known as "the handless billiard player"[6] for mastering the game with such a handicap.

The system devised to codify 19th Century American tobacco issues has its origin in the ‘American Card Catalog’ (ACC), written by Jefferson Burdick. Burdick listed the American Tobacco Cards in one section, broken down by companies that issued the card series and by the types of cards. The 19th Century issues were prefixed with ‘N’ (N1-N694) and the 20th with ‘T’. (T1-T235).[7]

The World Tobacco Index (WTI), published by the Cartophilic Society of Great Britain (CSGB),[8] lists all known tobacco issues from around the world and is still being updated today on reports of new finds. Using a similar alphanumeric system, it assigns a code based on the name of manufacturer, rather than the century in which the cards were issued. For example, Burdick’s N2 ‘Celebrated American Indian Chiefs’ by Allen & Ginter is listed as A400-030 (a), with the larger N42 series listed as A400-030 (b). More info : CSGB

The catalogue contains details of cigarette cards and silks issued at home and abroad from the 19th century to the present day, quoting up-to-date values for cards in top condition. The original price guide now in its 84th year of publication, The catalogue has reference numbers to cross reference with the British Tobacco Issues Handbook, Ogdens, G Phillips and Wills reference books giving information for British Tobacco series which will be a great help to collectors to identify cards especially unnumbered or untitled series. More info : Cigarette Card Catalogue

The catalogue gives an up-to-date price guide for odd cards, sets and special albums. First published in 1974, this catalogue is devoted entirely to non-tobacco cards plus a section, which details over 350 reprinted series. The catalogue covers a magnificent selection of well over 6,000 series by non-tobacco firms, such as Brooke Bond Tea, Bassett, A & BC Gum, Topps, as well as the newer companies like Rittenhouse, Inkworks, Golden Era, Rockwell, Hunter etc. Cards from the early 1900s by Fry and Cadbury right up to the latest series of Harry Potter, Star Wars TV & Films, Cricket, Footballers, Military, Motoring etc. More info : Trade Card Catalogue

As well as the series title and manufacturer, cards may also exhibit different back varieties to advertise the different brands of cigarette produced by a firm. For example, the English manufacturer Edwards, Ringer and Bigg’s 1917 ‘War Map of the Western Front’ was issued with both ‘Exmoor Hunt’ and ‘New York Mixture’ tobacco advertised on the backs. Whilst this was commonplace, the number of varieties varies greatly between manufacturers; F. & J. Smith’s 1913 series entitled ‘Battlefields of Great Britain’ for example has 15 different backs.

Doral, an R. J. Reynolds Tobacco Company brand, started printing cigarette cards in the year 2000. These were the first cigarette cards from a major manufacturer since the 1940s.,[9] although the small company Carreras in the UK issued cigarette cards with Turf brand cigarettes for a short period in the 1950s and 1960s, Black Cat brand in 1976.[10][11] Furthermore, card-like coupons with special offers have often been included in cigarette packets over the years.

Natural American Spirit, another R.J. Reynolds Tobacco Company brand, also includes cigarette cards on their packs, with information on such things as windpower, diversity, and their farmers.

Philip Morris USA started including "Information For Smokers" cigarette cards in certain packs. One provides information on quitting smoking and the other states that "Light, "Ultra Light", "Mild", "Medium", and "Low Tar" cigarettes are just as harmful as "Full Flavor" ones.

The largest cigarette card collection on record is that of Edward Wharton-Tigar. His collection, bequeathed to the British Museum following his death in 1995, is recognised by the Guinness Book of Records as the largest collection of its kind. His autobiography, "Burning Bright", details both his obsession with collecting cigarette cards, as well as his business life, which included becoming President of Selection Trust - at the time, one of the largest mining companies in the world - as well as his lifelong passion for cricket, which culminated in his presidency of Kent Cricket Club. When asked what others thought of his collecting he said the following:

‘If to collect cigarette cards is a sign of eccentricity, how then will posterity judge one who amassed the biggest collection in the world? Frankly, I care not'.[12]

He was the president of the Cartophilic Society of Great Britain until his death in 1995.