The Enforcement Act of 1871 (17 Stat. 13), also known as the Civil Rights Act of 1871, Force Act of 1871, Ku Klux Klan Act, Third Enforcement Act, or Third Ku Klux Klan Act, is an Act of the United States Congress which empowered the President to suspend the writ of habeas corpus to combat the Ku Klux Klan (KKK) and other white supremacy organizations. The act was passed by the 42nd United States Congress and signed into law by President Ulysses S. Grant on April 20, 1871. The act was the last of three Enforcement Acts passed by the United States Congress from 1870 to 1871 during the Reconstruction Era to combat attacks upon the suffrage rights of African Americans. The statute has been subject to only minor changes since then, but has been the subject of voluminous interpretation by courts.

This legislation was asked for by President Grant and passed within one month of the president's request for it to Congress. Grant's request was a result of the reports he was receiving of widespread racial threats in the Deep South, particularly in South Carolina. He felt that he needed to have his authority broadened before he could effectively intervene. After the act's passage, the president had the power for the first time to both suppress state disorders on his own initiative and to suspend the right of habeas corpus. Grant did not hesitate to use this authority on numerous occasions during his presidency, and as a result the first era KKK was completely dismantled and did not resurface in any meaningful way until the first part of the 20th century.[1] Several of its provisions still exist today as codified statutes, but the most important still-existing provision is 42 U.S.C. § 1983: Civil action for deprivation of rights.

In January 1871, Republican Senator John Scott of Pennsylvania convened a congressional committee to hear testimony from witnesses of Klan atrocities. In February, Congressman Benjamin Franklin Butler of Massachusetts introduced his anti-Klan bill, intended to enforce both the Fourteenth Amendment and the Civil Rights Act of 1866. Butler's bill was narrowly defeated in the House, whereupon Rep. Samuel Shellabarger, of Ohio, introduced a substitute bill—only slightly less sweeping than Butler's original. This bill brought a few holdout Republicans into line, and the bill narrowly passed the House, sailed through the Senate and was signed into law on April 20 by President Ulysses S. Grant.[2] 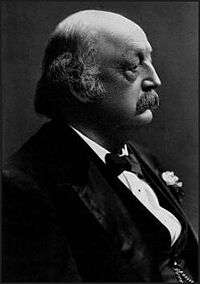 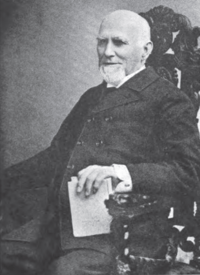 Samuel Shellbarger wrote the final version that passed and was signed into law.

Under the Klan Act during Reconstruction, federal troops were used rather than state militias to enforce the law, and Klansmen were prosecuted in federal court, where juries were often predominantly black. Hundreds of Klan members were fined or imprisoned, and habeas corpus was suspended in nine counties in South Carolina. These efforts were so successful that the Klan was destroyed in South Carolina and decimated throughout the rest of the former Confederacy, where it had already been in decline for several years. The Klan was not to exist again until its recreation in 1915. During its brief existence, however, the "first era" Klan did achieve many of its goals in the South, such as denying voting rights to Southern blacks.[2]

In its early history, under the Grant Administration, this act was used—along with the Force Act—to bring to justice those who were violating the Civil Rights of newly freed African Americans. After the end of the Grant Administration, and the dismantling of Reconstruction under Rutherford B. Hayes, enforcement of the Act fell into disuse and few cases were brought under the statute for almost a hundred years.

As later amended and codified as section 1983

Every person who under color of any statute, ordinance, regulation, custom, or usage, of any State or Territory or the District of Columbia, subjects, or causes to be subjected, any citizen of the United States or other person within the jurisdiction thereof to the deprivation of any rights, privileges, or immunities secured by the Constitution and laws, shall be liable to the party injured in an action at law, Suit in equity, or other proper proceeding for redress, except that in any action brought against a judicial officer for an act or omission taken in such officer's judicial capacity, injunctive relief shall not be granted unless a declaratory decree was violated or declaratory relief was unavailable. For the purposes of this section, any Act of Congress applicable exclusively to the District of Columbia shall be considered to be a statute of the District of Columbia.

Section 1983 made relief—in the form of money damages—available to those whose constitutional rights had been violated by a person acting under State authority. Normally, constitutional rights violations are remedied by specific performance including injunctions by the courts. Thus, if a person's right to due process was violated by a prison guard who was said to be acting under the authority of the state, under § 1983, that person could bring suit for monetary damages against the prison guard. Without § 1983, that person would have to seek an injunction by the courts for the due process violation. The problem with such an action by the court is that injunctions cannot apply to past harm, only future harm. So, essentially the person would have an actionable cause—the constitutional violation—with no adequate remedy. Most § 1983 claims are brought against prison officials by prisoners, but prisoner claims are usually dismissed as being without merit. Claims can be brought by anyone stating a proper cause of action.

Circumstances changed in 1961 when the Supreme Court of the United States articulated three purposes that underlay the statute: "1) 'to override certain kinds of state laws'; 2) to provide 'a remedy where state law was inadequate'; and 3) to provide 'a federal remedy where the state remedy, though adequate in theory, was not available in practice.' "[4][5]

Now the statute stands as one of the most powerful authorities with which state and federal courts may protect those whose rights are deprived. Section 1983 of the 1871 Civil Rights Act provides a way individuals can sue to redress when their federally protected rights are violated, like the First Amendment rights and the Due Process Clause and the Equal Protection Clause of the Fourteenth Amendment. Section 1983 can be used to redress violated rights based on the federal Constitution and federal statutes, such as the prohibition of public sector employment discrimination based on race, color, national origin, sex, and religion.

In some jurisdictions, § 1983 has been applied directly to private employers when litigants have sued under this act. It can also be applied in virtually all jurisdictions in a more indirect manner to private employers if they are acting under state or federal authority. For example, if an additional private security company is hired by the police for an event and are given authority by the police, and, during the event, the security company violates a participant's First Amendment right, they can be sued under § 1983.

Although some provisions were ruled unconstitutional in 1882, the 1870 Force Act and the 1871 Civil Rights Act have been invoked in later civil rights conflicts, including the 1964 murders of Chaney, Goodman, and Schwerner; the 1965 murder of Viola Liuzzo; and in Bray v. Alexandria Women's Health Clinic, 506 U.S. 263 (1993), in which the court ruled that "The first clause of 1985(3) does not provide a federal cause of action against persons obstructing access to abortion clinics."

It was also used in the 1969 case of Tinker v. Des Moines. By the time Beth Tinker was in school, the law had expanded to make even school boards liable if they stood in the way of people's federally protected rights.

Today, the 1871 Civil Rights Act can be invoked whenever a state actor violates a federally guaranteed right. The most common use today is to redress violations of the Fourth Amendment's protection against unreasonable search and seizure. Such lawsuits concern false arrest and police brutality, most notably in the Rodney King case.

The Act was invoked in the 2010 Robbins v. Lower Merion School District case, where plaintiffs charged two suburban Philadelphia high schools secretly spied on students by surreptitiously and remotely activating webcams embedded in school-issued laptops the students were using at home, violating their right to privacy. The schools admitted to snapping over 66,000 webshots and screenshots secretly, including webcam shots of students in their bedrooms.[6][7]