"The Clark" redirects here. For other uses, see Clark (disambiguation). 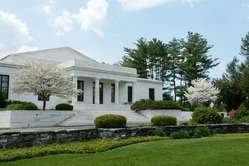 The Sterling & Francine Clark Art Institute, referred to as "The Clark", is an art museum with a large collection located in Williamstown, Massachusetts, United States. Along with the Massachusetts Museum of Contemporary Art (MassMoCA) and the Williams College Museum of Art (WCMA), it forms a trio of significant art museums and resources in the north of The Berkshires. In June 2008, the Clark expanded its campus with the addition of the Stone Hill Center, a 32,000-square-foot (3,000 m2) building designed by Tadao Ando on a nearby wooded hillside that contains exhibition space and a conservation studio. In 2014, the Clark Center, also designed by Ando, opened with more than 11,000 square feet of gallery space for special exhibitions; a multipurpose pavilion for conferences, lectures, and events; new dining, retail, and family spaces; and an all-glass Museum Pavilion that creates a new entrance to the original Museum Building .[1] The Clark has a dual role of serving as a museum and a research institute; it is home to the Research and Academic Program, which offers semester-long fellowships to scholars and hosts many public lectures throughout the year. It is also the seat of the Williams College Graduate Program in the History of Art.[2] Olivier Meslay currently serves as the Felda and Dena Hardymon Director.

"The Clark" was created by entrepreneur, soldier, explorer, and prominent art collector Robert Sterling Clark, and his wife, Francine. After numerous adventures in the Far East, Sterling settled in Paris in 1911 and used a considerable fortune inherited from his grandfather (a principal in the Singer Sewing Machine Company) to begin a private art collection. Francine joined him in collecting after they married in 1919.

The Clarks kept their collection entirely private, rarely lending out any works. By the late 1940s, however, they became worried about the safety of their artwork. With the onset of the Cold War and rapid nuclear armament, they wanted to protect their collection from the possibility of an attack on New York City, where they lived and the home of the Metropolitan Museum of Art (which many had expected to be the heir to the Clarks' collection). The Clarks began looking at sites in rural New York and Massachusetts with the intention of founding a museum for their art.

They visited Williamstown, Massachusetts in 1949 and began having conversations with town leaders and the administrators of Williams College and the Williams College Museum of Art. Sterling had ties to the college through his grandfather and father, both of whom had been trustees. A charter for the Clark was signed on March 14, 1950 and the Institute opened to the public on May 17, 1955 under its first director, former silver dealer Peter Guille. There were only two galleries on view and the majority of the works were not displayed. The Clark slowly unveiled its collection during several exhibitions in the next few years. The Institute has since become a significant destination for tourists, art lovers, and scholars. It has helped establish the cultural reputation of The Berkshires. 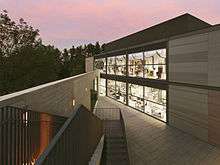 The original marble gallery building, designed by Daniel Deverell Perry (1905 - 2002), opened in 1955; Pietro Belluschi of the The Architects Collaborative designed the original Manton Research Center, to house the library and graduate program, opening in 1973. In 2001,[3] the Clark retained the services of architect Tadao Ando to design a major addition to the buildings and campus. The New York architect Annabelle Selldorf was commissioned to renovate both of the existing older structures, increasing exhibition space in the original building by 15% and added galleries for the American and decorative art collections.[4] The landscape firm Reed Hilderbrand reconfigured the grounds, including revamped walking trails, planting 1,000 trees and creating a reflecting pool fed by recycled water.[3][4]

In 2008, the Lunder Center at Stone Hill opened. Designed by Ando, it was conceived as a sanctuary in the woods to be discovered at the end of a winding path.[5] The Lunder Center features two small galleries and a seasonal terrace café that affords views of the Taconic Range, the Green Mountains, and Mount Greylock, the highest point in Massachusetts. Visitors can view conservators in the Williamstown Art Conservation Center—the largest regional conservation center in the country—as they restore paintings and objects from fifty-five other institutions in the Northeast.

In 2014, the 42,600-square-foot Clark Center opened. The Clark Center includes more than 11,000 square feet of gallery space for special exhibitions; a multipurpose pavilion for conferences, lectures, and events; new dining, retail, and family spaces; and an all-glass Museum Pavilion that creates a new entrance to the original Museum Building. Situated northwest of the Museum Building, the stone, concrete, and glass Clark Center is the centerpiece of the Clark’s campus and serves as its primary visitor entrance.[6]

In 2016, the final phase of the renovation of the Clark campus was completed with the reopening of the Manton Research Center. Renovations, designed by Annabelle Selldorf, included the transformation of the former visitor services courtyard into a new reading room; creation of a new works on paper gallery and adjacent study center; and a full renovation of the Clark’s auditorium.[7]

The Clark offers a wide range of educational programs and opportunities. In addition to artwork, it houses a major art conservation center and art history library. Relations with Williams College and The Massachusetts College of Liberal Arts continue to be friendly and students from both colleges are admitted for free. It also co-sponsors the College's famed graduate program in the history of art, from which many current museum curators graduated. The Institute sponsors a number of fellowships, lectures, colloquia, conferences, and performing arts programs every year.

At first, the Clarks concentrated on Italian, Dutch, and Flemish Old Master paintings. Eventually, their interests turned to more recent artists and they developed a great affinity for the works of John Singer Sargent, Edgar Degas, Winslow Homer, and Pierre-Auguste Renoir. After 1920, the Clarks focused mainly on the art of 19th-century France — specifically works of Impressionism and the Barbizon School. Over the ensuing 35 years, they amassed a collection of stunning quality and breadth. It included paintings, porcelain, silver, prints, and drawings from the 14th to the 19th centuries, by both famous and (then) obscure artists.

Since 1955, the Clark has continued to acquire artworks, with a recent focus on expanding its photography collection. Today, it is best known for works of French Impressionism, especially the paintings of Renoir, academic paintings by Jean-Léon Gérôme and William Bouguereau, and a fine collection of British and American silver. 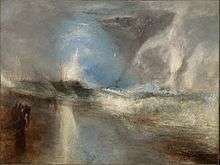 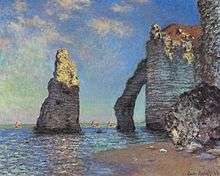 Claude Monet, The Cliffs at Etretat, 1885 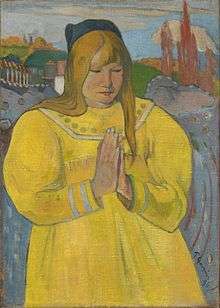 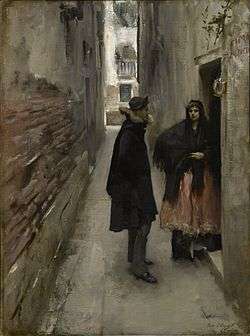 The Clark Prize for Excellence in Arts Writing has been awarded every other year since 2006. The prize "celebrates informed, insightful, and accessible prose that advances the public understanding and appreciation of the visual arts."[8] The award is presented for "critical or historical writing that conveys complex ideas in a manner that is grounded in scholarship yet appealing to a diverse range of audiences."[8]

In 2006, the first year, three people were honored. Since then, one person has been selected each time it has been awarded.[8] Winners of the Prize are:

The museum's most recent $145 million expansion project has been funded through private donations, foundation support, the Massachusetts Cultural Facilities Fund, and bond financing organized in conjunction with the Commonwealth of Massachusetts.[4]