Congregation for the Evangelization of Peoples 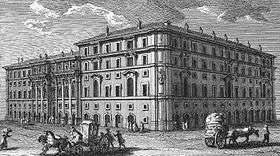 The headquarters of the Propaganda fide in Rome, North facade on Piazza di Spagna by architect Bernini, the southwest facade seen here by Borromini: etching by Giuseppe Vasi, 1761.[1]

It was founded by Pope Gregory XV in 1622 to arrange missionary work on behalf of the various religious institutions, and in 1627 Pope Urban VIII established within it a training college for missionaries. It was renamed by Pope John Paul II in 1982 (largely because the word "propaganda" had been given a bad name by Joseph Goebbels, the Minister of Propaganda in Nazi Germany) and its mission continues unbroken.

The early Congregation was established in the Palazzo Ferratini, donated by Juan Bautista Vives, to the south of the Piazza di Spagna. Two of the foremost artistic figures of Baroque Rome were involved in the development of the architectural complex; the sculptor and architect Gianlorenzo Bernini and the architect Francesco Borromini.

The Congregation was originally housed in a small palace, the Palazzo Ferratini, donated by Vives, a Spanish priest, at the southern end of the Piazza di Spagna. The architectural complex of the Propoaganda Fide was developed in the triangular urban block between the Via Due Macelli and the Via del Collegio di Propaganda Fide, two streets which diverged from the piazza.

In 1634 a small oval chapel was built according to designs by Bernini. In 1642, Father Valerio, with Bernini, redesigned the façade to the Piazza di Spagna, and the development was continued along the Via Due Macelli by Gaspare de’Vecchio from 1639-1645.[4]

In 1648, Borromini took over and made various proposals that included demolishing Bernini’s chapel which must have been particularly galling for the latter as he could see the building from his house on Via Mercede.[5] Initially Borromini designed an elongated oval chapel plan but this was superseded by a rectilinear design, with the greater length parallel to the street, and with curved corners on the interior. Construction of the chapel commenced in 1660 and although the main part was built by 1665, some of the decoration was carried out after his death.[6]

The Re Magi chapel, dedicated to the Three Kings, has a plan with four side chapels and galleries above. On the interior, the wall and the vault are differentiated horizontally by a cornice line but there is a vertical continuity of wall and vault which allows for windows at the base of the vault. The wall pilasters are continued in the vault as ribs that criss-cross and unite the space, unlike his design at the Oratory of Philip Neri Oratorio dei Filippini where the ribs are interrupted by the oval fresco at the centre of the vault. The criss cross arrangement in the Re Magi Chapel is such that an octagon is formed at the centre, embellished with a Dove of the Holy Spirit bathed in golden rays.

His first designs for the façade onto the Via di Propaganda Fide had five bays but he expanded this to seven. The façade is dominated by the giant pilasters that originally supported a balustrade above the narrow entablature but later extensions obliterated the balustrade. The central bay of the façade is a concave curve with angled pies at its edges, perhaps in recognition that this façade would always be seen at an oblique angle because of the narrowness of the street. The central door leads into the courtyard where Borromini intended a curved arcade but this was not built.[7] Only the left hand side of the façade relates to the chapel and the right to the stair and entrance to the College.

Other parts of the College have further minor works by Borromini. 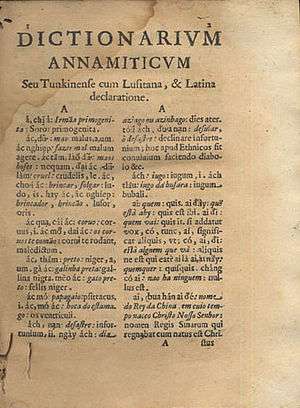 Founded in 1622 by Pope Gregory XV's bull Inscrutabili Divinae, the body was charged with fostering the spread of Catholicism and with the regulation of Catholic ecclesiastical affairs in non-Catholic countries. The intrinsic importance of its duties and the extraordinary extent of its authority and of the territory under its jurisdiction caused the Cardinal Prefect of Propaganda to be known as the "red pope".

At the time of its inception, the expansion of colonial administrations was coming to be largely in Dutch and English hands, both Protestant countries intent on spreading these religious doctrines, and Rome perceived the very real threat of Protestantism spreading in the wake of commercial empire. By 1648, with the end of the Thirty Years' War, the official religious balance of established Christianity in Europe was permanently stabilized, but new fields for evangelization were offered by vast regions of Asia, Africa and the Americas then being explored.

There had already been a less formally instituted cardinal committee concerned with propaganda fide since the time of Pope Gregory XIII (1572–1585), who were especially charged with promoting the union with Rome of the long-established eastern Christian communities: Slavs, Greeks, Syrians, Egyptians, and Abyssinians. This was the traditional direction for the Catholic Church to look for evangelizing. Catechisms were printed in many languages and seminarians sent to places as far as Malabar. The most concrete result was the union with Rome of the Ruthenian Catholic communion, most concentrated in modern-day Ukraine and Belarus; the union was formalized at Brest in 1596.

The death of Gregory XV the following year did not interrupt the organization, because Cardinal Barberini, one of the original thirteen members of the congregation, became the next pope as Urban VIII (1623–1644). Under Urban VIII, a central seminary (the Collegium Urbanum) was set up for training missionaries. The Congregation also operated the polyglot printing press in Rome, printing catechisms in many languages. Their procurators were especially active in China from 1705, moving between Macau and Canton before finally settling in Hong Kong in 1842.

In strongly Protestant areas, the operations of the Congregation were considered subversive: the first missionary to be killed was in Grisons, Switzerland, in April 1622, before the papal bull authorizing its creation had been disseminated. In Ireland after Catholic emancipation (1829), while the established church was still the Protestant Church of Ireland, the Irish Catholic church came under the control of the Congregation in 1833, and soon reformed itself with a devotional revolution under Cardinal Cullen.

These "Cardinals in General Congregation" met weekly, keeping their records in Latin until 1657, then in Italian. The minutes are available in microfilm (filling 84 reels) at large libraries. In the course of their work, the Propaganda fide missionaries accumulated the objects now in the Vatican Museum's Ethnological Missionary Museum.

Since 1989 the incumbent Prefect is also President of the Interdicasterial Commission for Consecrated Religious.

The secretary assists the cardinal-prefect in the day-to-day running of the congregation and is always an archbishop. They usually go on to hold a position in the Roman Curia that brings them membership to the College of Cardinals.

The adjunct secretary, when one is appointed, is concurrently President of the Pontifical Mission Societies.