Daniel Clark (October 24, 1809 – January 2, 1891) was an American politician who served in the New Hampshire legislature and the United States Senate.

Clark was born in Stratham, New Hampshire. He attended common schools, Hampton Academy, Union College, and graduated Dartmouth College in 1834. He studied law and was admitted to the bar in 1836, practicing in Epping, New Hampshire from 1837–1839 and then moving to Manchester.

He died on January 2, 1891 in Manchester and was buried in Valley Cemetery. 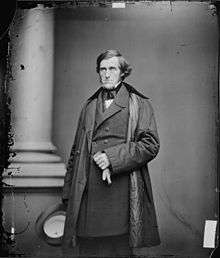