This article is about the title in the Peerage of England. For the British prime minister, see William Petty, 2nd Earl of Shelburne. 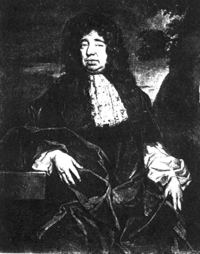 The Petty estates were inherited by the late Earl's nephew, the Hon. John Fitzmaurice. He was the second son of the Hon. Anne Petty, daughter of Sir William Petty and Lady Shelburne and sister of the Earl of Shelburne, and her husband Thomas Fitzmaurice, 1st Earl of Kerry. He assumed by Act of Parliament the surname of Petty on succeeding to his maternal uncle's estates in 1751[1] and the same year he was raised to the Peerage of Ireland as Baron Dunkeron and Viscount FitzMaurice. In 1753 the earldom was also revived when he was made Earl of Shelburne in the Peerage of Ireland. For further history of these titles, see the Marquess of Lansdowne.