The Easter Crisis of 1920 was a constitutional crisis and a significant event in the development of constitutional monarchy in Denmark. It began with the dismissal of the elected government by the reigning monarch, King Christian X, a reserve power which was granted to him by the Danish constitution. 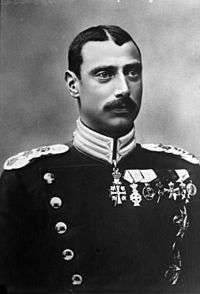 The immediate cause was a conflict between the king and the cabinet over the reunification with Denmark of Schleswig, a former Danish fiefdom which had been lost to Prussia during the Second War of Schleswig. Danish claims to the region persisted to the end of World War I, at which time the defeat of the Germans made it possible to resolve the dispute. According to the terms of the Treaty of Versailles, the disposition of Schleswig was to be determined by two Schleswig Plebiscites: one in Northern Schleswig (today Denmark's South Jutland County), the other in Central Schleswig (today part of the German state of Schleswig-Holstein). No plebiscite was planned for Southern Schleswig, as it was dominated by an ethnic German majority and, in accordance with prevailing sentiment of the times in favor of the nation state, remained part of the post-war German state. 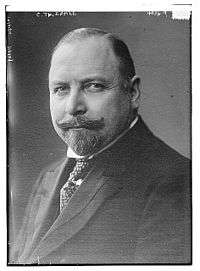 Many Danish nationalists felt that Central Schleswig should be returned to Denmark regardless of the plebiscite's results, generally motivated by a desire to see Germany permanently weakened in the future. Christian agreed with these sentiments, and ordered Prime Minister Zahle to include Central Schleswig in the re-unification process. As Denmark had been operating as a parliamentary democracy since the Cabinet of Deuntzer in 1901, Zahle felt he was under no obligation to comply. He refused the order and resigned several days later after a heated exchange with the king.

Subsequently, Christian dismissed the rest of the government and replaced it with a de facto conservative care-taker cabinet under Otto Liebe. The dismissal caused demonstrations and an almost revolutionary atmosphere in Denmark, and for several days the future of the monarchy seemed very much in doubt. In light of this, negotiations were opened between the king and members of the Social Democrats. Faced with the potential overthrow of the Danish crown, Christian backed down and dismissed his own government, installing as a compromise cabinet under Michael Pedersen Friis until elections could be held later that year.

This was the most recent time that a sitting Danish monarch took political action without the full support of parliament. Following the crisis, Christian accepted his drastically reduced role as symbolic head of state.[1]