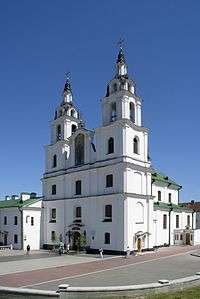 Cathedral of the Holy Spirit, the central Orthodox church of Minsk

The leader of the Belarusian Orthodox Church is Metropolitan Paul.

The structure of the Belarusian Orthodox Church consists of 11 eparchies: