Forest Hill Cemetery in Ann Arbor, Michigan is a 65-acre (260,000 m2) cemetery founded in 1857. A civil engineer named James L. Glenn designed the cemetery in the rural or garden style popular in the second half of the 19th century. The cemetery's main gate was designed by James Morwick in the Gothic Revival style. Gordon W. Lloyd, a leading architect based in Detroit, Michigan, designed the cemetery's gatehouse and sexton's residence, also in the Gothic Revival style.[1][2][3]

In 1859 Dr. Benajah Ticknor was the first person to be buried in Forest Hill. Ticknor had been a surgeon in the U.S. Navy and the owner of property now known as Cobblestone Farm in Ann Arbor.[1][2]

Prior to the establishment of the cemetery, Chi Psi fraternity built the nation's first fraternity building (a hunting lodge) on the site, in 1849.[3] 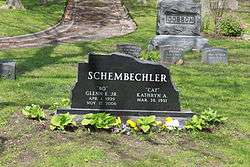 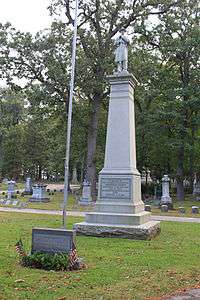