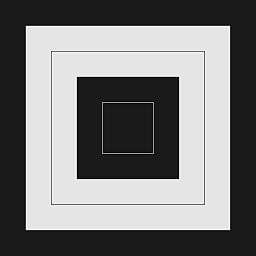 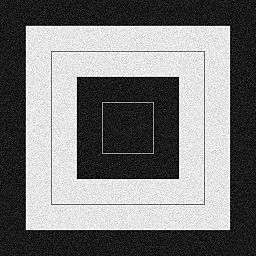 Gaussian noise is statistical noise having a probability density function (PDF) equal to that of the normal distribution, which is also known as the Gaussian distribution.[1][2] In other words, the values that the noise can take on are Gaussian-distributed.

of a Gaussian random variable

the mean value and

In telecommunications and computer networking, communication channels can be affected by wideband Gaussian noise coming from many natural sources, such as the thermal vibrations of atoms in conductors (referred to as thermal noise or Johnson-Nyquist noise), shot noise, black body radiation from the earth and other warm objects, and from celestial sources such as the Sun.

Principal sources of Gaussian noise in digital images arise during acquisition e.g. sensor noise caused by poor illumination and/or high temperature, and/or transmission e.g. electronic circuit noise.[3] In digital image processing Gaussian noise can be reduced using a spatial filter, though when smoothing an image, an undesirable outcome may result in the blurring of fine-scaled image edges and details because they also correspond to blocked high frequencies. Conventional spatial filtering techniques for noise removal include: mean (convolution) filtering, median filtering and Gaussian smoothing.[1][4]