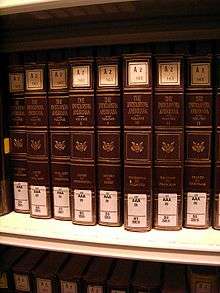 An encyclopedia is a repository of general knowledge

General knowledge has been defined in differential psychology as "culturally valued knowledge communicated by a range of non-specialist media" and encompassing a wide subject range.[1] This definition excludes highly specialized learning that can only be obtained with extensive training and information confined to a single medium. General knowledge is an important component of crystallized intelligence and is strongly associated with general intelligence, and with openness to experience.[2]

Studies have found that people who are highly knowledgeable in a particular domain tend to be knowledgeable in many.[1][3][4][5] General knowledge is thought to be supported by long-term semantic memory ability.[3]

Differential psychology researchers define general knowledge as "culturally valued knowledge communicated by a range of non-specialist media."[1] The scope of this definition includes all areas of knowledge available to laypersons without requiring extensive training. The definition excludes "ephemera", or information confined to a single medium, such as television sitcoms. Researchers have identified 20 domains of knowledge that meet the above criteria:[note 1]

Researchers have acknowledged that other domains of general knowledge may exist. Factor analysis suggested that the 20 domains could be categorised into six factors: current affairs, fashion, family, physical health and recreation, arts, and science. All six of these factors were highly intercorrelated (i.e. people who scored high in a particular domain tended to score highly in most other domains) and were all related to a single higher-order general knowledge factor. The existence of a single general factor suggests that individual differences across a range of knowledge domains may have both common causes and specific influences; interest in a particular area and educational course content appear to be important contributors.[1][4]

General knowledge is also moderately associated with verbal ability, though only weakly or not at all with numerical and spatial ability.[4] As with crystallized intelligence, general knowledge has been found to increase with age.[11]

Research has found positive relationships between different domains of knowledge, suggesting that individuals who are highly knowledgeable in a particular domain usually have a good long-term memory for factual information in general.[1][4] Due to the positive intercorrelations between knowledge domains, individual differences in general knowledge may reflect differences in ability to retrieve information from long-term semantic memory.[1] A general factor of long-term semantic memory could be explained by the existence of an underlying neurophysiological process responsible for retaining information in long-term memory. Individual differences in the efficiency of such processes might explain why all domains of semantic memory appear to be intercorrelated.[1]

People high in general knowledge tend to be highly open to new experiences[8][9][10][11] and in typical intellectual engagement.[9][10] The relationship between openness to experience and general knowledge remains robust even when IQ is taken into account.[8][10] People high in openness may be more motivated to engage in intellectual pursuits that increase their knowledge.[10] Relationships between general knowledge and other five factor model traits tend to be weak and inconsistent. Though one study found that extraversion and neuroticism were negatively correlated with general knowledge,[9] others found that they were unrelated.[8][11] Inconsistent results have also been found for conscientiousness.[note 2]

Research has found that on average males tend to score higher than females on tests of overall general knowledge and in most domains of knowledge tested.[1][5][12][13] Males also score higher than females on the information subtest of the WAIS[1][14] and the WISC,[15] with small to medium effect sizes. In a comparison between male and female university students in 19 domains of academic knowledge, males had greater knowledge in 14 domains, especially in physical science and technology, but also in humanities and civics.[5] A general knowledge composite across all 19 tests showed a male advantage of medium effect size. A study of university students in Northern Ireland found that males scored higher in general knowledge than females, as well as in 12 of 19 specific knowledge domains. Females scored moderately higher than males in medicine and cookery. The authors of this study suggested that this male advantage most likely reflects differences in interests rather than differences in verbal or memory ability.[1] Similar results were found in a study of German high school students.[13] Male advantages in general knowledge are not attributable to differences between males and females in reasoning ability (i.e. fluid intelligence), socio-economic status, or exposure to school course content.[12] Although males appear to have greater general knowledge, there is some evidence that females tend to have an advantage in "autobiographical" knowledge, or memory of personal experiences.[1] While general knowledge is supported by semantic memory, autobiographical knowledge is supported by episodic memory, which is not tested in intelligence tests[1] and tends to be difficult to measure because of the uniquely personal nature of such memories.[3]

A number of studies have assessed whether performance on a general knowledge test can predict achievement in particular areas, namely in academics,[6] proofreading,[7] and creativity.[16] 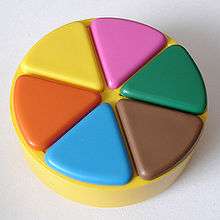 Questions drawn from the game Trivial Pursuit have been utilised in a number of psychological experiments concerning general knowledge.[17][18]