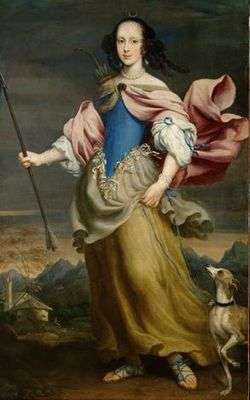 Giovanni Maria Morandi (30 April 1622 – 18 February 1717) was an Italian painter, mainly active in Rome and his natal city of Florence, but also Venice. He is said to have briefly trained in Florence with Sigismondo Coccapani and Giovanni Bilivert.[1]