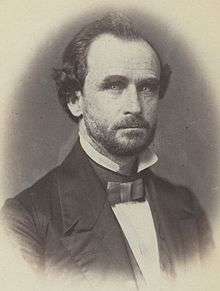 Bryan was born in Herculaneum, Missouri on January 12, 1821. His family moved to the Mexican State of Texas in 1831, and settled near San Felipe. The extended Bryan family later settled in Brazoria County, and hismparents operated a sugar plantation called Peach Point. Guy Bryan attended the private school of Thomas Pilgrim in Columbia, Texas, joined the Texas Army in 1836, and took part in the Texas Revolution.

In 1842 Bryan graduated from Kenyon College in Gambier, Ohio. He studied law, but never practiced, instead becoming a sugar planter in Brazoria County. His college classmates included Rutherford B. Hayes, and Hayes visited Bryan at his plantation in 1848.

Bryan served in the Mexican-American War as a private in the Brazoria company commanded by Captain Samuel Ballowe. From 1847 to 1853 Bryan served in the Texas House of Representatives, and he served in Texas State Senate from 1853 to 1857. He was a delegate to the 1856 Democratic National Convention. Bryan was elected as a Democrat to the Thirty-fifth Congress (March 4, 1857 – March 3, 1859). He was not a candidate for renomination in 1858. He served as chairman of the Texas delegation to the 1860 Democratic National Convention in Baltimore.

During the Civil War Bryan sided with the Confederacy, and served as volunteer aide-de-camp on the staff of Paul Octave Hébert, afterwards serving as assistant adjutant general of the Trans-Mississippi Department with the rank of major. He established a cotton bureau in Houston, Texas in order to escape the Union blockade along the Gulf.

Bryan was elected president of the Texas Veterans Association in 1892 and served until his death in Austin, Texas, June 4, 1901. He was interred in the Texas State Cemetery.

His mother was Emily Austin Perry and his father was James Bryan.[1] His grandfather, Moses Austin, had initially obtained permission from Mexico to serve as an empresario to settle Texas. His grandmother is Mary Brown Austin. His mother Emily's brother was Stephen F. Austin.

His brothers include William Joel Bryan and Moses Austin Bryan. Stephen Samuel Perry was his half-brother.