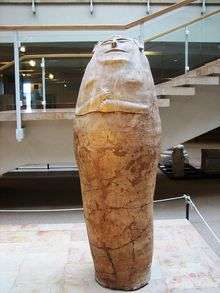 The Reuben and Edith Hecht Museum is a museum located on the grounds of the University of Haifa,[1] Israel. 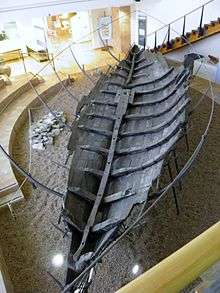 The Hecht Museum was established in 1984 by Reuben Hecht,[1] director of Dagon Silos and a founding member of the University of Haifa Board of Governors. For sixty years, Hecht collected archaeological artefacts representing the material culture of the Land of Israel in ancient times. He was particularly interested in finds from the Canaanite period to the end of the Byzantine period. Hecht believed that archeology was an important expression of Zionism and these ancient artifacts were proof of the link between the Jewish people and Eretz Israel.[2]

The museum has an acoustic auditorium that seats 380[1] and a pipe organ, built by Gideon Shamir from parts of organs used in churches throughout the country over a century ago. It also serves as a study center for students and academic researchers, offering enrichment studies in archaeology, art, Bible, and history for schoolchildren, soldiers, teachers and the public at large.

The Museum holds an annual art competition open to high-school students, soldiers, and fine arts students. Winners of the competition are granted scholarships by the Hecht Foundation, which also awards fellowships to M.A. and Ph.D. students in the Departments of Archeology and Maritime Civilizations. The Museum holds conferences, symposia, seminars, and lectures and publishes catalogs of its exhibitions of archeology and art.

Michmanim, the museum journal, publishes scholarly articles on archaeological research and artifacts in the museum collection.