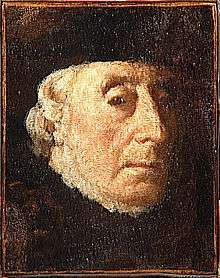 He was born in Paris. Boisbaudran was admitted in 1819 to the École des Beaux-Arts where he studied under Peyron and Guillon Lethière. He exhibited at the Salon in 1831 and 1840, and became a professor at the academy.

As a drawing instructor he became known for his innovative method which emphasized memorization.[1] His students were instructed to visit the Louvre, where they were to carefully study a painting in order to reproduce it from memory later, in the studio. This exercise was intended to help the student to discover his own visual language.[1]