Horn Africans in the United States

Horn Africans in the United States are Americans with ancestry from the Horn of Africa. They include Djiboutian American, Eritrean American, Ethiopian American and Somali American individuals.

The Djiboutian community in the United States is small, numbering less than 300 individuals.[1] Its constituents primarily hail from the Somali and Afar populations, Djibouti's two largest ethnic groups.[4] Djiboutian nationals of Somali ethnicity are typically aggregated with Somali Americans. 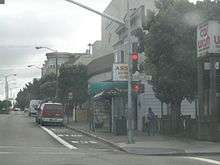 Prior to 1991, when Eritrea obtained its independence, it was a part of Ethiopia. Overall, approximately 20,000 people from Ethiopia moved to the West to achieve higher education and conduct diplomatic missions from 1941 to 1974 under the Emperor Haile Selassie I's rule.[5] However, the net movement of permanent immigrants remained low during this period as most temporary immigrants ultimately returned to Ethiopia.[5] The majority of Eritrean immigrants arrived later in the 1990s, following the Eritrean–Ethiopian War.[6] According to the U.S. Census Bureau, approximately 18,917 people reported Eritrean ancestry in 2000.[1]

Eritrean Americans have established ethnic enclaves in various places around the country. Most Eritrean immigrants are concentrated in the Washington, D.C., and California areas. The community also has a notable presence in Seattle, Columbus, Minneapolis, Chicago, New York, Atlanta and Dallas. Fairfax Avenue in Los Angeles, California has come to be known as Little Ethiopia, owing to its many Ethiopian and Eritrean businesses and restaurants. 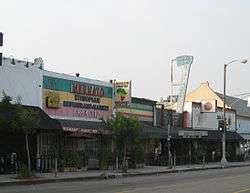 This article is issued from Wikipedia - version of the 6/10/2016. The text is available under the Creative Commons Attribution/Share Alike but additional terms may apply for the media files.