The company was started in 2009 in Athens, Ohio as Alan Schaaf's side project while he attended Ohio University for computer science. Imgur was created as a response to the usability problems encountered in similar services. Designed to be a gift to the online community of Reddit,[3] it took off almost instantly, jumping from a thousand hits per day to a million total page views in the first five months.[4] Imgur became widely recognized following its rise to popularity on social media websites such as Facebook, Reddit and Digg.[5] In October 2012, Imgur expanded its functionality to allow users to directly share images to Imgur instead of requiring images to gain enough attraction through other social media sites like Reddit to show up on the popular image gallery.[6]

In order to scale and manage its growth, Imgur used three different hosting providers in the first year before settling on Voxel, then switching to Amazon Web Services in late 2011.[7]

Imgur has a history of playing April Fools' Day jokes on its users. The first joke in 2011 was the Catification feature, which allowed users to automatically add cats to any image with one click.[14] The official Imgur mascot is the Imguraffe, which was created as an April Fools' Day joke, but was "too cute to give up", thereafter becoming the official mascot. On April 1, 2016, "Imgur for Pets" was added for the day. The category was pet pictures and gifs for pets. The voting system's icons of "Upvotes", "Downvotes", and "Favorite" (arrows facing up and down,and a heart) were changed into a paw facing up and down, and a bone. [15] 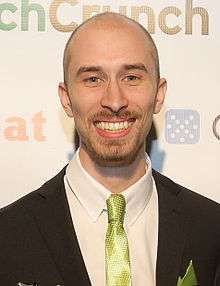 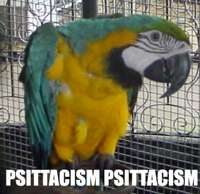 An example of images posted on imgur.

In 2013, Imgur overtook other image hosts, such as Photobucket, ImageShack, and TinyPic, in interest according to Google Trends.[16] As of April 2016, it is ranked 16th among Alexa's Top Sites in the United States.[17]

In its first month, Imgur had 93,000 pageviews. According to EdgeCast in 2012, Imgur's former content delivery network (CDN), Imgur served more images in 10 minutes than there are in the entire Library of Congress.[7] In 2012, there were 300 million images uploaded, 364 billion image views counted, and 42 petabytes of data transferred.[18]

In August 2014 nearly two thirds of all popular posts on Reddit were links to an image on Imgur.[20]

Albums were introduced on October 11, 2010.[21] Album layouts are customizable and embeddable.

On January 9, 2010, Alan Schaaf introduced Imgur accounts, which allow users to create custom image galleries and manage their images. Accounts allow full image management including editing, deletion, album creation and embedding, and the ability to comment on viral images and submit to the public gallery.[22] Gallery profiles give the user the ability to view their past public activity.[23] If an account has more than 225 images, only the most recently uploaded 225 are displayed in their profile. Paid pro accounts were created in 2010 to remove these limitations and allows infinite image storage, as well as increased upload limits.[24]

Imgur used to have a policy to keep images unless they went three months without receiving any views, at which point (unless they were Pro account images) they might be removed in response to space needs.[25] In early 2015 it was announced all images will be kept forever (even if not added from a Pro account) and only removed if deletion is requested.[26]

Since June 26, 2013, Imgur has provided a "Meme Generator" service that allows users to create image macros with custom text using a wide variety of images.[27]

The public Imgur gallery is a collection of the most viral images from around the web based on an algorithm that computes views, shares and votes based on time.[28] As opposed to private account uploads, images added to the gallery are publicly searchable by title. Members of the Imgur community, self-proclaimed "Imgurians," can vote and comment on the images, earning reputation points[29] and trophies.[30] Images from the gallery are often later posted to social news sites such as Huffington Post.[31] Random mode was released on July 30, 2012 and allows users to browse the entire history of the public gallery randomly.[32]

Since October 2014, Imgur had automatically converted uploaded animated GIF files into WebM and MP4 video files, which are much smaller.[33]

In January 2015, Imgur allowed users to link video URLs to create GIFs directly through the website.[34] This was geared towards allowing its users to create quality GIFs regardless of image editing knowledge.

In February 2015, Imgur announced "Topics" which was a quick way for users to sort and view specific images that belonged to a specific group determined by tags such as science, earth, or cats.[35]

Since the site's creation, Imgur has grown along with its user community. Self-named "Imgurians" have created much content in an effort to bring the community even closer. At the beginning of 2015, Imgur's director of community Sarah Schaaf announced its first ever "Camp Imgur". Five hundred tickets were sold at $150 each. The camp was created as a celebratory event to bring users of the site together in August 2015, on a four-day retreat at Camp Navarro in Mendocino, California. It included hiking, stand-up comedians, and meetings with the staff of Imgur and other users.[39]