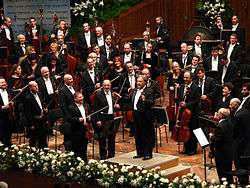 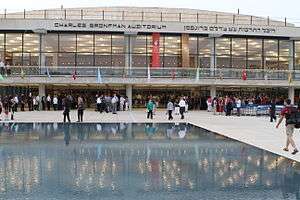 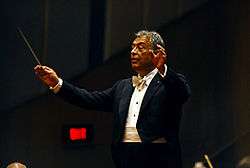 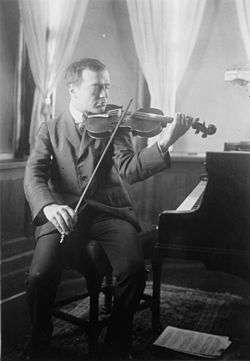 The Israel Philharmonic Orchestra was founded as the Palestine Orchestra by violinist Bronisław Huberman in 1936, at a time when many Jewish musicians were being fired from European orchestras. Its inaugural concert took place in Tel Aviv on December 26, 1936, and was conducted by Arturo Toscanini. Its first principal conductor was William Steinberg.

Its general manager between 1938 and 1945 was Leo Kestenberg; like many of its members, he was a German Jew forced out by the Nazi rise to power and persecution of Jews. During the Second World War the orchestra performed 140 times before Allied soldiers, including an 1942 performance for soldiers of the Jewish Brigade at El Alamein. At the end of the war it performed in recently liberated Belgium. In 1948, after the creation of the State of Israel, the orchestra was renamed as the Israel Philharmonic Orchestra.

In 1958, the IPO was awarded the Israel Prize, in music, being the first year in which the Prize was awarded to an organization.[1]

The IPO enjoys frequent international tours, and has performed under some of the world's greatest conductors, including Leonard Bernstein and Zubin Mehta, both of whom are prominent in the orchestra's history. Bernstein maintained close ties with the orchestra from 1947, and in 1988, the IPO bestowed on him the title of Laureate Conductor, which he retained until his death in 1990. Mehta has served as the IPO's Music Advisor since 1968. The IPO did not have a formal music director, but instead "music advisors", until 1977, when Mehta was appointed the IPO's first Music Director. In 1981, his title was elevated to Music Director for Life.[2] Kurt Masur is the IPO's Honorary Guest Conductor, a title granted to him in 1992. Gianandrea Noseda is Principal Guest Conductor, a role previously occupied by Yoel Levi.

With Mehta, the IPO has made a number of recordings for Decca. Under the baton of Bernstein, the IPO also recorded his works and those of Igor Stravinsky. The IPO has also collaborated with Japanese composer Yoko Kanno in the soundtrack of the anime Macross Plus.

As of 2006, the composers whose works have been most frequently performed by the IPO were Beethoven, Mozart, Brahms, Mendelssohn and Dvořák. The initial concerts of the Palestine Orchestra in December 1936, conducted by Toscanini, featured the music of Richard Wagner.[3] However, after the Kristallnacht pogroms in November 1938, the orchestra has maintained a de facto ban on Wagner's work, due to that composer's antisemitism and the association of his music with Nazi Germany.[4]

The Secretary-General of the orchestra is Avi Shoshani. The IPO has a subscriber base numbering 26,000.[5] Commentators have noted the musically conservative tastes of the subscriber base,[6] although the IPO is dedicated to performing new works by Israeli composers, such as Avner Dorman.

The orchestra's performance in London on September 1, 2011 was disrupted by pro-Palestinian protesters. The concert was part of the BBC Proms. The radio broadcast was interrupted, but the concert was broadcast again a few days later.[7] The orchestra's secretary-general Avi Shoshani declared to London's The Times newspaper that the orchestra was unlikely to ever perform in the UK again.[8] Nobody was prosecuted for the disruptions, partly because the management of the Royal Albert Hall, where the concert took place, declined to cooperate with a group of Israel-supporting lawyers.[9]