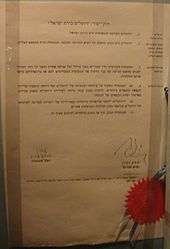 It began as a private member's bill proposed by Geulah Cohen, whose original text stated that "the integrity and unity of greater Jerusalem (Yerushalayim rabati) in its boundaries after the Six-Day War shall not be violated." However, this clause was dropped after the first reading in the Knesset. As the Knesset thus declined to specify boundaries and did not use the words "annexation" or "sovereignty", Ian Lustick writes that "The consensus of legal scholars is that this action added nothing to the legal or administrative circumstance of the city, although, especially at the time, its passage was considered to have political importance and sparked a vigorous protest reaction from the world community." [1] For example, United Nations Security Council Resolution 478,[2] adopted by 14 votes to none, with 1 abstention (United States), declared soon after that the law was "null and void" and "must be rescinded". This resolution called upon member states to withdraw their diplomatic missions from the city.

An amendment in 2000 further specified the jurisdiction of the law, that included East Jerusalem. It actually did not change its range. The amendment also prohibited transfer of authority to a foreign body, for example an international regime.

Text of the Law

1. Jerusalem, complete and united, is the capital of Israel.

Seat of the President, the Knesset, the Government and the Supreme Court:

2. Jerusalem is the seat of the President of the State, the Knesset, the Government and the Supreme Court.

3. The Holy Places shall be protected from desecration and any other violation and from anything likely to violate the freedom of access of the members of the different religions to the places sacred to them or their feelings towards those places.

4. (a) The Government shall provide for the development and prosperity of Jerusalem and the well-being of its inhabitants by allocating special funds, including a special annual grant to the Municipality of Jerusalem (Capital City Grant) with the approval of the Finance Committee of the Knesset. (b) Jerusalem shall be given special priority in the activities of the authorities of the State so as to further its development in economic and other matters. (c) The Government shall set up a special body or special bodies for the implementation of this section.

Area of the jurisdiction of Jerusalem

5. The jurisdiction of Jerusalem includes, as pertaining to this basic law, among others, all of the area that is described in the appendix of the proclamation expanding the borders of municipal Jerusalem beginning the 20th of Sivan 5727 (June 28, 1967), as was given according to the Cities' Ordinance.

Prohibition of the transfer of authority

6. No authority that is stipulated in the law of the State of Israel or of the Jerusalem Municipality may be transferred either permanently or for an allotted period of time to a foreign body, whether political, governmental or to any other similar type of foreign body.

7. Clauses 5 and 6 shall not be modified except by a Basic Law passed by a majority of the members of the Knesset.

Yitzchak Navon President of the State"