John Edward Gray, FRS (12 February 1800 – 7 March 1875) was a British zoologist. He was the elder brother of zoologist George Robert Gray and son of the pharmacologist and botanist Samuel Frederick Gray (1766–1828).

Gray was Keeper of Zoology at the British Museum in London from 1840 until Christmas 1874, before the Natural History holdings were split off to the Natural History Museum. He published several catalogues of the museum collections that included comprehensive discussions of animal groups as well as descriptions of new species. He improved the zoological collections to make them amongst the best in the world.

Gray was born in Walsall, but his family soon moved to London, where Gray studied medicine. He assisted his father in writing The Natural Arrangement of British Plants (1821). After being blackballed by the Linnean Society he turned his interest from botany to zoology.[1] He began his zoological career by volunteering to collect insects for the British Museum at age 15. He officially joined the Zoological Department in 1824 to help John George Children catalog the reptile collection. In 1840 he took over from Children as Keeper of Zoology, which he continued for 35 years, publishing well over 1000 papers. He named many cetacean species, genera, subfamilies, and families.[2]

During this period he collaborated with Benjamin Waterhouse Hawkins, the noted natural history artist, in producing Gleanings from the Menagerie at Knowsley. Knowsley Park, near Liverpool, had been founded by Edward Stanley, 13th Earl of Derby and was one of the largest private menageries in Victorian England. 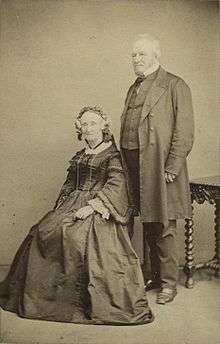 Gray married Maria Emma Smith in 1826. She helped him with his scientific work, especially with her drawings. In 1833, he was a founder of what became the Royal Entomological Society of London.

Gray was also interested in postage stamps; on 1 May 1840, the day the Penny Black first went on sale, he purchased several with the intent to save them, thus making him the world's first known stamp collector.

During his fifty years employed at the British Museum Gray wrote nearly 500 papers, including many descriptions of species new to science. These had been presented to the Museum by collectors from around the world, and included all branches of zoology, although Gray usually left the descriptions of new birds to his younger brother and colleague George. He was also active in malacology, the study of molluscs.

On his death he was buried at St Mary's Church, Lewisham.

Taxa named by him and in his honour

Species named in his honour include: