Karim Alrawi (Arabic كريم الراوي) is a writer born in Alexandria, Egypt. His family emigrated to England then to Canada. Alrawi graduated from University College London and the University of Manchester, England. He gained an MFA in creative writing from the University of British Columbia and was an International Writing Fellow at the University of Iowa.[1]

In the UK, after his first full-length stage play Migrations won the prestigious John Whiting Award he became Literary Manager of the Theatre Royal Stratford East and later Resident Writer at the Royal Court Theatre in Central London. He moved to Egypt, where he taught in the theatre department of the American University in Cairo. In Egypt his plays were banned by the state censor.[2][3] He was arrested and detained for interrogation by Egyptian State Security about his writings and for his work with the Egyptian Organisation for Human Rights (EOHR).[4] As a Fulbright International Scholar he moved to the United States. He later took positions as Writer in Residence at Meadow Brook Theatre (MBT) in Michigan and Editor in Chief of ARABICA magazine,[5] the leading nationally distributed Arab-American publication[6] with a certified readership of over 100,000 readers.[7] Subsequently, Alrawi supervised aid and development projects in Africa, the Middle East and South Asia, for the Canadian Institute for Media, Policy and Civil Society, where he was Director of International Programs, the US-Arab Economic Forum,[8] where he was Executive Director and the World Bank as Communications Advisor and Manager of External Affairs for the Middle East and North Africa.

Alrawi supervised media and conflict resolution training projects in Nepal and in South-East Asia[9] and projects to support women-managed community radio stations and a newspaper in Afghanistan,[10] as well as media training and peacebuilding projects in North Africa and the Middle East[11] including Iraq.[12][13][14] He gave testimony before the US Congress on Human Rights in the Middle East[15] and was a member of the Canadian delegation led by Foreign Minister Pierre Pettigrew to the Organisation for Economic Co-operation and Development (OECD) conference on Good Governance in the Arab World,[16] as well as a member of the United Nations Development Programme (UNDP)'s Programme on Governance in the Arab Region (POGAR, 1999–2005).[17]

In January 2011, Alrawi was in Egypt during the uprising against the Mubarak dictatorship.[18] He participated in civil disobedience actions against the regime and after the fall of the Mubarak dictatorship worked with the EOHR to prepare files on corruption by former officials and politicians for submission to the new state prosecutors office.[19] Alrawi has been a vocal critic of both the Muslim Brotherhood and Field Marshal Sisi's government. In March 2016 the Egyptian daily newspaper Almasry Alyoum included Alrawi among 190 leading human rights and civil society activists wanted for interrogation by Egyptian State Security subject to charges brought under case 173-2011.[20] The charges pertain to his training journalists in media ethics and use of the Internet, as as well his participation in the Arab Spring uprising.

Alrawi's fiction, plays and productions have received several awards including:

His children's book The Girl Who Lost Her Smile was winner of Parents Magazine Gold Award 2002 and was a finalist for the Kentucky Bluegrass Book Award (Kentucky Students' Choice) 2002.[21]

His picture book The Mouse Who Saved Egypt was listed for the People's Prize in the UK.

He has received writer's awards from the Arts Council of Great Britain and from the Canada Council for the Arts. 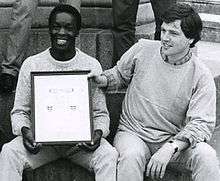 Alrawi's first full-length play Migrations was produced at the Theatre Royal Stratford East and his second play A Colder Climate was produced at the Royal Court Theatre in Central London. It was followed by three plays, Fire in the Lake, A Child in the Heart and Promised Land for Joint Stock Theatre, then one of Britain's major touring companies.[22] All three plays provoked controversy at the time of performance.[23][24] As Carol Woddis noted about Child in the Heart, "this almost messianic piece about the desperate pain of loss of roots and, in the truly biblical sense, tribal identity, refuses to let its audience off the hook."[25] Fire in the Lake was awarded an Edinburgh Fringe First Award at the Edinburgh Festival Fringe. Crossing the Water a play about the British in Egypt and the Suez War was given a stage reading at the ICA in London before being produced at the American University in Cairo's Jamil Center despite a banning order by the Egyptian state censor.[26]

In Egypt, Alrawi taught at the theatre department of the American University in Cairo (AUC).[29] His first serious run-in with the state censor was when his play Crossing the Water was banned and he was summoned to give an account of himself to the censor's office.[30] Later that year, as a response to the censor, he adapted The Three Sisters by Anton Chekhov, setting it in contemporary Egypt. It was staged at the Wallace Theatre of AUC in central Cairo.[31] Also, Alrawi wrote four stage plays in Arabic two of which were staged at the Wallace Theatre.[26] Madinate el Salam (City of Peace) is a retelling of the life of the Sufi poet Mansour al-Hallaj who was executed in tenth century Baghdad on charges of heresy. The play was produced twice, both times after being refused a license by the state censor that led to threats of arrest of Alrawi by state security. The second produced play, Al-Bayt al Mahgour (The Abandoned House) was about sexual exploitation and its roots in Egypt's history of class privilege. The production of the plays, despite being denied rehearsal and production licenses by the state censor, was a contributory cause to Alrawi's later arrest and interrogation.[32]

Autobis al Intikhabat (The Election Bus), a satire on the Egyptian electoral system and Mudun Gha'iba (Absent Cities) about the destruction of Arab cities by war were two full-length plays that were to be produced with a cast of students from AUC. Alrawi and his actors were denied access to the Wallace theatre during the final days of rehearsals resulting in cancellation of the performances.

Alrawi was active for several years in the EOHR, monitoring censorship, and as a spokesperson for the organization worked closely with the foreign media to report on human rights abuses during the Mubarak era.[33][34][35] He compiled accounts of human rights violations alongside his colleague Hisham Mubarak[36] and accompanied foreign journalists to restricted areas to report on security clampdowns, particularly in Upper Egypt and on sectarian conflict in Egyptian cities and in the countryside. He compiled accounts of censorship and how blasphemy laws were being enforced.[37]

Alrawi's defence of the assassinated writer Farag Foda led to al-Gama'a al-Islamiyya, responsible for Foda's murder,[38] issuing a fatwa against Alrawi claiming that "defence of an apostate is proof of apostasy."[39] The fatwa was subsequently lifted after the intervention of the EOHR.

When Nasr Abu Zeid, associate professor at Cairo University, was arraigned before a court in Cairo accused of blasphemy Alrawi spoke and wrote in his defence.[40] Later that year, while working with the EOHR to set up a theatre company to tour plays on human rights themes to towns and villages outside Cairo, and after years of conflict with the state censor's office over the staging of his own plays, Alrawi was arrested and held in the notorious Gaber Ibn Hayyan detention and torture center in Giza.[4]

An international campaign led to Alrawi's release after which he took the lead to remove and replace Mursi Saad El-Din, a longtime state security appointee, as president of Egyptian PEN (the local branch of the international writer's organization). After accepting a Fulbright scholarship to Pennsylvania State University, Alrawi arranged the transition of the presidency to the novelist Gamal El-Ghitani. 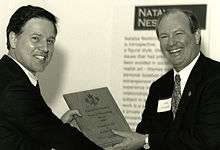 The Unbroken Heart a play based on the life of the blues singer Ethel Waters was first performed at the Fisher Theatre in Iowa before touring nationally.[43][44] His plays for MBT included A Gift of Glory,[45] about the Mexican artist Diego Rivera and the Ford family; Chagall's Arabian Nights,[46] a story of Marc Chagall's painting of the Arabian Nights and Killing Time,[47] a play about physician assisted suicide. He also wrote plays that toured local schools and ran theatre workshops for disadvantaged kids in South-East Michigan.[48]

His play Sarajevo about the Bosnian war was given a workshop production at MBT and the Shenandoah Arts Theatre. The play Sugar Candy was given a staged reading at Mixed Blood Theatre in Minneapolis.

Patagonia[49] a play about torture and resistance was first performed by Ruby Slippers Theatre in Vancouver, Canada. Across The Morne a play for two actors and dogs, set in Newfoundland, was given a staged reading at the Playwrights' Theatre Centre, Vancouver, Canada.

Deep Cut, a play set on the American Gulf Islands about cultural conflict and political and personal expediency, was staged at La MaMa ETC[50] in New York as well as by Golden Thread Theatre in San Francisco and Washington, DC.[51] 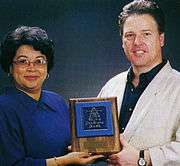 El Lozy writes of Alrawi's plays, "we are drawn deeply and provocatively into journeys of self-examination and self-discovery where the most intricate and controversial conflicts of our times are dramatized at the level of interpersonal human relationships ... the individual himself/herself is not divorced from history."[52] David Williams describes Alrawi's early work as the culmination of a strand of Joint Stock Theatre's productions where diaspora was interrogated, not so much as place but as process to uncover "difference as a pivotal conflict in his characters' lives ... the absence of place is what defines diaspora."[53] While Carlson, in a detailed analysis of the plays, concludes that it is his "ability to effectively situate and reconstruct the individual in a social and cultural context that has remained an enduring quality of the work of Alrawi."[54]

In a study of British Epic theatre, Reinelt describes Alrawi's work as post-Brechtian, and finds strong parallels between Alrawi's plays and those of contemporary feminist writers. She states that Karim Alrawi "writes emotionally charged material that comes out of process-oriented workshops and privileges character over plot, often stressing characters’ personal resolutions … issues of identity, family, and a personal past make for an intense, almost psychoanalytic experience in his plays. As with some feminist work, the personal becomes the political."[55] While Rida, in a comparative study of Arab-American writers, recognizes that Alrawi's plays represent a break with Arab writers at home and of the diaspora in form and content, reinterpreting concepts of cultural authenticity and grappling with issues of personal integrity in ways that are integral to the plays, it is the degree of humour in many of them that gives relief, as well as strength to the characters.[56]

Alrawi has written two children's picture books: The Girl Who Lost Her Smile and The Mouse Who Saved Egypt.

The Girl Who Lost Her Smile was staged and performed as a children's play in the UK by Tutti Frutti Theatre and York Theatre Royal,[57] and in the United States by Golden Thread Theatre.

The Mouse Who Saved Egypt was edited on a rooftop overlooking Tahrir Square in Cairo, during the Egyptian revolution.[58]

Alrawi's novel Book of Sands, subtitled a novel of the Arab uprising, was published by HarperCollins in the Fall of 2015.

The novel won the inaugural HarperCollins Publishers Prize for Best New Fiction[59] and was a Canadian Broadcasting Corporation Best Book of 2015.[60]

Karim Alrawi has written for BBC radio and television, as well as for Channel Four television in the UK.