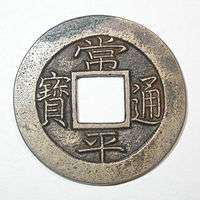 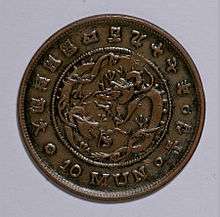 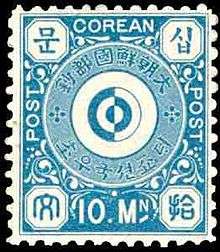 The mun was introduced as the main currency of Korea in 1633 and stayed in use until 1892. It resembled and was derived from the Chinese wen (cognate also to the Japanese mon and Vietnamese van). Coins denominated in mun were cast in copper or bronze and were round with square holes. In 1888, coins were struck in small numbers denominated in mun and won (equal to 1000 mun). The mun was replaced in 1892 when the yang was introduced.

The first definitive record of currency use in Korea appears in the Goryeo period (918–1392). Early in that period, even though some imported Chinese currency was in circulation, commodity currency such as grain and linen continued in general circulation. In the 10th and 11th centuries, iron and copper coins along with silver vase-shaped coins were issued, but never widely circulated.

It was not until the beginning of the Joseon period (1392–1910) that copper coins were minted for wide circulation. Jeohwa (저화/楮貨), which was made of standardized mulberry-bark paper early in the Joseon period, become the first legal paper money and was used as a medium of exchange in place of coins until it disappeared in the early 16th century. From the 17th century until the end of the 19th century, coins denominated in mun bearing the inscription Sangpyeong Tongbo (상평통보, 常平通寶) were the most widely circulated currency.