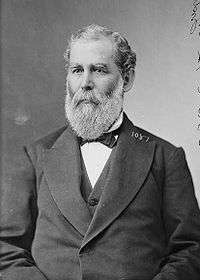 Born in Rushville, Indiana, Sexton attended the public schools of his native county and was graduated from Jefferson College (now Washington & Jefferson College), Canonsburg, Pennsylvania, in 1847. He studied law in Rushville and in 1848 and 1849 attended the Cincinnati Law School. He was admitted to the Indiana bar in 1850 and commenced the practice of his profession in Rushville, Indiana. He served as member of the State house of representatives in 1856.

Sexton was elected the 17th Lieutenant Governor of Indiana and served from January 1873 to January 1877.

Sexton was elected as a Republican to the Forty-fifth Congress (March 4, 1877 – March 3, 1879). He was an unsuccessful candidate for reelection in 1878 to the Forty-sixth Congress. He died in Parsons, Kansas, July 4, 1880. He was interred in East Hill Cemetery, Rushville, Indiana.