List of proposed amendments to the United States Constitution

This list contains proposed amendments to the United States Constitution. Article Five of the United States Constitution prescribes two methods for proposing and two methods for the ratification of an amendment. An amendment may be proposed by a two-thirds vote of both the House of Representatives and the Senate or by a national convention called by Congress at the request of two-thirds of the state legislatures. The latter procedure has never been used. Upon adoption by the Congress or a national convention, an amendment must then be ratified by three-fourths of the state legislatures or by special state ratifying conventions in three-fourths of the states. The decision of which ratification method will be used for any given amendment is Congress' alone to make.[1] Only for the 21st amendment was the latter procedure invoked and followed.

Collectively, members of the House and Senate typically propose around 200 amendments during each two–year term of Congress.[2] Most however, never get out of the Congressional committees in which they were proposed, and only a fraction of those that do receive enough support to win Congressional approval to actually go through the constitutional ratification process.

Congress has proposed 33 such amendments since 1789. Of these, 27 have been ratified. The framers of the Constitution, recognizing the difference between regular legislation and constitutional matters, intended that it be difficult to change the Constitution; but not so difficult as to render it an inflexible instrument of government, as the amendment mechanism in the Articles of Confederation, which required a unanimous vote of thirteen states for ratification, had proven to be. Therefore, a less stringent process for amending the Constitution was established in Article V.

The framers of the Constitution included a proviso at the end of Article V shielding three clauses in the new frame of government from being amended. They are: Article I, Section 9, Clause 1, concerning the migration and importation of slaves; Article I, Section 9, Clause 4, concerning Congress' taxing power; and, Article I, Section 3, Clause 1, which provides for equal representation of the states in the Senate. These are the only textually entrenched provisions of the Constitution. The shield protecting the first two entrenched clauses was absolute but of limited duration; it was in force only until 1808. The shield protecting the third entrenched clause, though less absolute than that covering the others, is practically permanent; it will be in force until there is unanimous agreement among the states favoring a change.

Beginning in the early 20th century, Congress has usually, but not always, stipulated that an amendment must be ratified by the required number of states within seven years from the date of its submission to the states in order to become part of the Constitution. Congress' authority to set ratification deadline was affirmed by the United States Supreme Court in Coleman v. Miller, 307 U.S. 433 (1939). 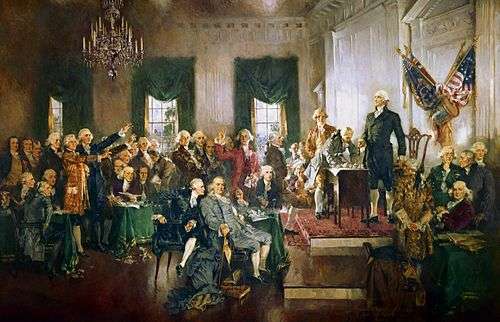 The mechanism for amending the United States Constitution was developed during the closing days of the 1787 Constitutional Convention at Philadelphia, Pennsylvania.

Amending the United States Constitution is a two-step process. Proposals to amend it must be properly Adopted and Ratified before becoming operative.

A proposed amendment may be adopted and sent to the states for ratification by either:

To become part of the Constitution, an adopted amendment must be ratified by either (as determined by Congress):

Upon being properly ratified, an amendment becomes an operative addition to the Constitution.[3]

Amendments approved by Congress and sent to the states for ratification

Twenty-seven Constitutional Amendments have been ratified since the Constitution was put into operation on March 4, 1789. The first ten amendments were adopted and ratified simultaneously and are known collectively as the Bill of Rights.

Protects the right to keep and bear arms.

Prohibits the forced quartering of soldiers during peacetime.

Prohibits unreasonable searches and seizures and sets out requirements for search warrants based on probable cause as determined by a neutral judge or magistrate.

Sets out rules for indictment by grand jury and eminent domain, protects the right to due process, and prohibits self-incrimination and double jeopardy.

Protects the right to a fair and speedy public trial by jury, including the rights to be notified of the accusations, to confront the accuser, to obtain witnesses and to retain counsel.

Provides for the right to trial by jury in certain civil cases, according to common law.

Prohibits excessive fines and excessive bail, as well as cruel and unusual punishment.

Protects rights not enumerated in the constitution.

Limits the powers of the federal government to those delegated to it by the Constitution.

Makes states immune from suits from out-of-state citizens and foreigners not living within the state borders; lays the foundation for sovereign immunity.

Abolishes slavery and involuntary servitude, except as punishment for a crime.

Defines citizenship, contains the Privileges or Immunities Clause, the Due Process Clause, the Equal Protection Clause, and deals with post-Civil War issues.

Prohibits the denial of the right to vote based on race, color, or previous condition of servitude.

Prohibits the manufacturing or sale of alcohol within the United States.(repealed by Twenty-first Amendment.)

Prohibits the denial of the right to vote based on sex.

Repeals the 18th Amendment and prohibits the transportation or importation into the United States of alcohol for delivery or use in violation of applicable laws.

Grants the Washington, D.C. electors in the Electoral College.

Prohibits the revocation of voting rights for the non-payment of a poll tax.

Addresses succession to the Presidency and establishes procedures both for filling a vacancy in the office of the Vice President, as well as responding to Presidential disabilities.

Prohibits the denial of the right of US citizens, eighteen years of age or older, to vote on account of age.

Delays laws affecting Congressional salary from taking effect until after the next election of representatives.

Would strictly regulate the size of congressional districts for representation in the House of Representatives.

Would strip citizenship from any United States citizen who accepts a title of nobility from a foreign country.

Would make "domestic institutions" (which in 1861 implicitly meant slavery) of the states impervious to the constitutional amendment procedures enshrined within Article Five of the United States Constitution and immune to abolition or interference even by the most compelling Congressional and popular majorities.

Would empower the federal government to regulate child labor.

Would have prohibited deprivation of equality of rights (discrimination) by the federal or state governments on account of sex.

Proposed amendments not approved by Congress

Approximately 11,539 measures were proposed to amend the Constitution from 1789 through January 2, 2013.[5] The following amendments were introduced by a member of Congress but never won two-thirds votes in both houses of Congress so they were never sent to the states for ratification. Most did not get out of the Congressional committees designated to consider them. 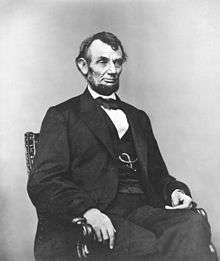 Over 1,300 resolutions containing over 1,800 proposals to amend the constitution had been submitted before Congress during the first century of its adoption.[6] Some prominent proposals included: 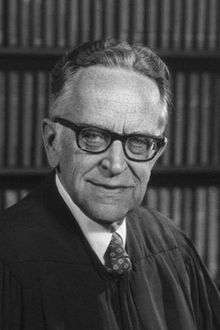