Born in Bisbee, Arizona, Hughes received his education at the Los Angeles Polytechnic School. He sought a career as an actor early in life, and his clean-cut appearance and ability soon gained him recognition. His first role as leading man was opposite Mary Pickford in Tess of the Storm Country. Other roles included Love Never Dies opposite Madge Bellamy, and The Lost World with Wallace Beery and Bessie Love. He made the transition to sound, and worked as an actor through the late 1930s, including a role with John Barrymore in the 1930 film The Sea Beast.

Hughes met his wife, Gloria Hope, on the set of Tess of the Storm Country. The couple eventually had two children, a boy, Donald, and a girl, Isabel. 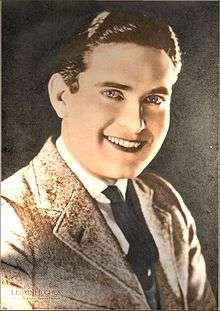