The older of two children born to the Count and Countess of Brionne, he had a younger sister, Marie Louise (1693–1724) who died unmarried.[1]

As an infant, he was immortalised by the artist François de Troy who painted him with his mother in circa 1697.

He fought alongside his uncle the Count of Armagnac at the Battle of Malplaquet in 1709 and was captured by Prince Eugene of Savoy. He was later created the Governor of Anjou in 1712 and in 1719, he was made a Brigadier of the King's armies.

He married Jeanne Henriette Marguerite de Durfort, grand daughter of Jacques Henri de Durfort on 22 May 1709. The couple had six children, two of which would have issue. He died in 1743 being outlived by his wife by seven years. 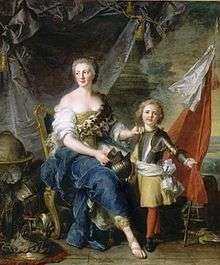