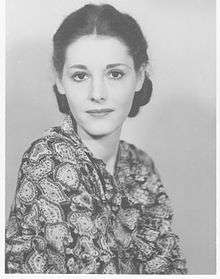 Margarete [Margarethe Elisabeth Sylva] Schlegel (1899–1987) was a German theatre/film actress and soprano operetta singer active in Germany between 1919-1933 and on British radio between 1935-1955.

The sixth of seven children and the third of four girls, she was born at 11.45pm on 31 December 1899 in Bromberg, West Prussia, Germany, (now Bydgoszcz, Poland) to a German-speaking Prussian-Polish Catholic family. Her father was Augustin Heinrich Schlegel (1865-1934), who legally changed the family surname from Wisniewski upon relocating them to Berlin in 1904, while her mother was Anna Agatha Schlegel née Garski (1864-1940).

Naturally beautiful and talented (she could sing, dance and act very well from an early age), Margarete Schlegel sought a chorus role in theatre in 1917 as a way of earning extra money for her family while still a schoolgirl due to the privations of war. This soon led to a starring role in Charley's Aunt at the Thalia Theatre and later both serious and comic roles at the Deutsche Theater in Berlin, where she was trained and mentored by theatre director Max Reinhardt. After the Great War she was frequently cast in Weimar silent films by the pioneering cinema directors F. W. Murnau and E. A. Dupont and in whose films she worked with noted actors Bela Lugosi and Conrad Veidt, all of whom later left for Hollywood along with writer and director Billy Wilder, who co-wrote the screenplay of her last German film, a romantic operetta comedy called Das Blaue vom Himmel. The film was released in December 1932 just prior to Hitler's ascent to power and therefore not subject to Nazi dictates. Her best known and penultimate film was Phil Jutzi's morality play Berlin-Alexanderplatz (1931) which was remade as a German TV miniseries by Rainer Werner Fassbinder in 1980. In all, she appeared in 35 silent films and three sound films of differing styles during the Weimar era. During the 1920s she continued to star in theatre roles and operettas, such as Franz Lehár's Merry Widow and Gypsy Love. Her soprano repertoire included arias and lieder by Offenbach, Puccini, Handel, Brahms, Richard Strauss and Johann Strauss (see listing below), which she performed in recitals and radio broadcasts in addition to the musical numbers she sang in sound feature films.

In 1924 Margarete Schlegel married the assimilated Jewish-Prussian political economist, Prof Hermann Joachim Levy. In 1926 they had a son, Hermann Martin Heinrich Levy, who was baptised Catholic. When her husband was dismissed from his professorship at Technical University of Berlin in May 1933[1] and his academic books and novels written under the pseudonym Hermann Lint were burned by the Nazis, he travelled to Britain to give the Sidney Ball Memorial Lecture at Oxford University[2] and as a Visiting Professor at King's College, Cambridge at the invitation of the Professor of Economic History, John Clapham. Although Ms Schlegel was offered many opportunities to join her Weimar expatriate film colleagues in Hollywood from the late 1920s onwards, she declined these offers to emigrate to the USA. In 1935 she was offered the chance by SS Head Heinrich Himmler to continue her film career under the Third Reich on the condition that as an Aryan she divorced her assimilated Jewish husband (he was baptised as a Lutheran at the age of 14 in 1895 under the oversight of his older sister's husband, the research chemist Prof Arnold Carl Reissert), but instead fled with her son to join her husband in Britain. In consequence, in July 1938 the Nazis officially proscribed her films, which could no longer be shown publicly in Germany or its occupied territories. At about the same time, her husband was added to Hitler's so-called Black Book,[3][4] the death list of opponents of the Third Reich who would be arrested upon the anticipated Nazi occupation of Britain after Operation Sea Lion. Also in 1938 her husband's former family residence and marital home in Tiergarten, "Villa Kabrun", was seized by the Nazis for use as the foreign embassy of the Kingdom of Yugoslavia in the putative "world capital", Germania. After arriving in England, she became a featured soprano on BBC Radio in operas and operettas by Offenbach,[5] Lehar[6] and Horton[7] in the late 1930s. During WW2 she broadcast anti-Nazi German-language propaganda radio programs for BBC Europe which were heard across the Continent. After her husband died suddenly in 1949 from a heart attack, she remarried and moved to Saltdean on the Sussex coast in England. In the 1950s she continued broadcasting for BBC Radio, singing in operettas and recitals such as "The Queen of Song" about the life of Adelina Patti.[8] She also sang and spoke in German language educational radio programs for the BBC from 1938 onwards.[9] She died on 15 July 1987 after being very active in local Catholic church affairs for many years.