Mark B. Foster (born 1 August 1975) is an English professional golfer.

Foster was born in Worksop. He won the English Amateur twice before turning professional in 1995. For the first few years as a professional he was troubled by back problems, but in 2001 he won twice on the Challenge Tour and topped the money list. He won for the first time on the European Tour at the 2003 Dunhill Championship in South Africa. In 2011 he had his career best finish on the Order of Merit in 32nd position. 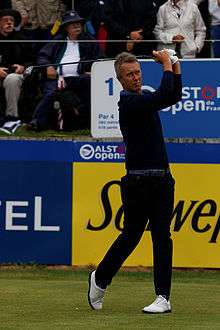