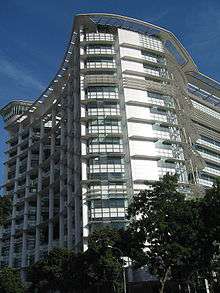 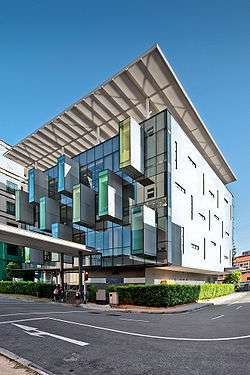 The National Library Board (Abbreviation: NLB; Chinese: 国家图书馆管理局; pinyin: Guójiā Túshūguǎn Guǎnlǐjú; Malay: Lembaga Perpustakaan Negara; Tamil: தேசிய நூலக வாரியம்) is a statutory board of the Ministry of Communications and Information, Singapore. Tasked to manage the public libraries and to lead them into the Information Age where non-print resources are making their mark, the NLB is aimed towards the creation of "borderless libraries," an initiative aimed at bringing the libraries closer to Singaporeans, and to connect Singaporeans with the outside world.

The National libraries of Singapore house books in all four official languages of Singapore: English, Chinese, Malay and Tamil. Other than paper books, the libraries also loans CD-ROMs, DVD-ROMs, VCDs, video cassettes, audiobooks on CDs, magazines and periodicals, DVD-videos and music CDs (the last at the Esplanade outlet). Its flagship institution, the National Library, Singapore, has moved to its new premises at Victoria Street since 22 July 2005.

Although the NLB was formed on 1 September 1995 only, its history began way back in the 1820s when Sir Stamford Raffles, founder of modern Singapore, first proposed the idea of establishing a public library in the thriving colony. This library was to evolve into the National Library of Singapore in 1960, before expanding into the suburbs with the setting up of branch libraries in the various new towns.

In 1995, when the NLB took over the duties of the National Library of Singapore, it was also entrusted with bringing to reality the findings of the Library 2000 Review Committee, set up in June 1992 to review the public library system. This committee, headed by Dr Tan Chin Nam, considered the role of information technology in contemporary library services for the next decade, with the aims of

The committee also took into consideration the library needs of public library users in general, the linguistic needs of an increasingly bilingual populance, the catering to the needs of professions who require extensive information databases, and the establishment of the library as a nucleus of national culture and heritage. After a year-long review, the Committee published their findings on 5 March 1994, which calls for six "strategic thrusts", which are

In addition, the report also speaks of three "key enablers" to bring about these changes, which are

The NLB was thus formed as a result of this Report. The NLB implements initiatives arising from the Report's recommendations, to help Singapore stay competitive in the global knowledge economy and become "a more gracious society".[1]

The NLB serves Singapore citizens, Permanent residents and foreigners. Annual basic membership, which is free for Singapore citizens and Permanent Residents, allows borrowers to loan up to eight items at any one time, which includes a maximum of 3 AV (Audiovisual) items. A one-time non-refundable registration fee of $10.50 is charged during registration. 21 days is the loan period given for books, and 14 days for magazines. If the borrower returns the book/magazine after the loan period, he or she will need to pay a fine of S$0.15 per day for books, and S$0.50 for magazines. The book/magazine may be renewed for free from 1 April 2009 onwards, subject to the fact that the book/magazine is not reserved by someone else beforehand. All books/magazines can be renewed once only.

For members on premium membership, they will be able to borrow up to 4 additional books/magazines/audio-visual materials/music scores. The annual non-refundable membership fee for the Premium Membership is S$21.00. The loan period for music scores is 21 days and for AV materials, 14 days.

For foreigners who are interested in borrowing library materials, a non-refundable registration fee of S$10.50 as well as an annual foreign membership fee of S$42.80 will be charged. This entitles them to borrow up to 4 books/magazines, and 4 additional AV items/music scores/books/magazines. The loan period is the same as for citizens and Permanent residents.

In July 2014, NLB announced that it was pulping three children's books, And Tango Makes Three, The White Swan Express, and Who's In My Family?, following a user's complaint that the books' homosexual themes did not promote "family values".[2]

In protest, novelist/playwright Ovidia Yu resigned from the steering committee of the NLB-linked Singapore Writers Festival; poet Felix Cheong, TV writer Prem Anand, graphic novelist/poet Gwee Li Sui and fictionist Adrian Tan boycotted a panel discussion hosted by the NLB; and T. Sasitharan, a prominent arts educator, former journalist Romen Bose, and humanities professor Robin Hemley resigned from judging the NLB-linked Singapore Literature Prize.[3] This also resulted in a petition, signed by 3,800, to reinstate the books or relocate the books to a different section and another petition by socially conservative groups, signed by 26,000, who supported NLB's decision.[4][5] A group supporting the reinstating of the affected books organised "Let's Read Together", where members of the public could bring books of any content to read along with a Penguin stuffed toy. 250 people turned up at the National Library Building atrium on 13 July 2014.[6]

Communications and Information Minister Yaacob Ibrahim then instructed the NLB to place And Tango Makes Three and The White Swan Express in the adult section instead of pulping them, while Who's In My Family? had already been pulped.[7] Subsequently, the NLB announced that book selection and review processes would be refined.[8]