The first, Loyal Aristarcus Lodge No. 9, connotes earlier ones in the 18th century. Notwithstanding, convivial meetings were held "in much revelry and, often as not, the calling of the Watch to restore order."[2] Names of several British pubs still today suggest past Odd Fellows affiliations. In the mid-18th century, following the Jacobite risings, the fraternity split into the rivaling Order of Patriotic Oddfellows in southern England, favouring William III of England, and the Ancient Order of Oddfellows in northern England and Scotland, favouring the House of Stuart.[2]

Early known Odd Fellows from the time include John Wilkes (1725–1797) and Sir George Savile, 8th Baronet (1726–1784), advocating civil liberties and reliefs, including Catholic emancipation. Political repressions such as the Unlawful Oaths Act (1797) and the Unlawful Societies Act (1799),[4] resulted in neutral amalgamation of the Grand United Order of Oddfellows in 1798. Henceforth, the fraternity has remained religiously and politically independent. George IV of the United Kingdom admitted in 1780, was the first documented of many Odd Fellows to also attend freemasonry, yet with both societies remaining mutually independent.

To this day, beyond recreational activities, Odd Fellows promote philanthropy, the ethic of reciprocity and charity, albeit with some grand lodges implying Judeo-Christian affiliation. Still largest, the American-seated Independent Order of Odd Fellows enrolls some 600,000 members divided in approximately 10,000 lodges in 26 countries,[5][6] inter-fraternally recognised by the second largest, the British-seated Independent Order of Oddfellows Manchester Unity.[7] In total, members of all international branches combined are estimated in the millions worldwide.

Several theories aim to explain the etymological background of the name "Odd Fellows", often spelled "Oddfellows" in British English. In the 18th century United Kingdom, major trades were organised in guilds or other forms of syndicates, but smaller trades did not have equivalent social or financial security. One theory has it that "odd fellows", people who exercised unusual, miscellaneous "odd trades", eventually joined together to form a larger group of "odd fellows".[8]

Another theory suggests that in the beginning of odd fellowship in the 18th century, at the time of the early era of industrialisation, it was rather odd to find people who followed noble values such as fraternalism, benevolence and charity.[8]

The name was supposedly adopted at a time when the severance into sects and classes was so wide that persons aiming at social union and mutual help were a marked exception to the general rule.[9] Possibly, it met a mixed reaction from the upper classes, who may have seen them as a source of revenue by taxes, but also as a threat to their authority.[10]

Any suggestion of history before the 18th century is considered mere speculation.[11] 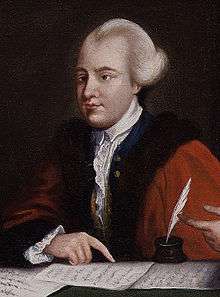 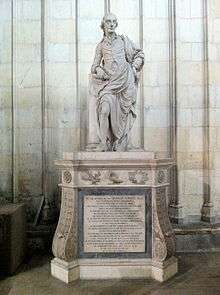 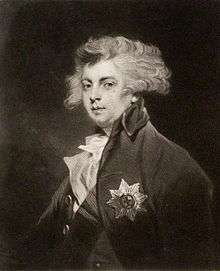 King George IV of the United Kingdom (1762–1830), admitted in 1780, was the first documented of many odd fellows to also adhere to freemasonry; both societies remained mutually independent.

The Odd Fellows are one of the earliest and oldest fraternal societies, but their early history is obscure and largely undocumented. Due to increased trade during the Middle Ages, guilds came to make up a part of the urban culture, grouping people from a number of trades banded together. Hence, people of an odd assortment of trades speculatively brought the background of the early history of Odd Fellows.[12][13][14]

When the English King Henry VIII broke with the Roman Catholic Church, the guilds were viewed by him as supporting the Pope, and in 1545 he confiscated all material property of the guilds. Queen Elizabeth I took from the guilds the responsibility for training apprentices, and by the end of her reign, most guilds had been suppressed.[10][14][15][16]

Dubious traditions, tracing the fraternity's origins even back to Roman Emperors Nero in A.D. 55, and its name to Titus in A.D. 79 because of their odd signs and ceremonies, are at best considered peculiarities.[17]

Although some of these legends are at best dubious, the evolution from the guilds is more reliably documented.[lower-alpha 1] By the 13th century, the tradesmen's guilds had become established and prosperous. During the 14th century, with the growth of trade, the guild "Masters" moved to protect their power (and wealth) by restricting access to the guilds. In response, the less experienced (and less wealthy) "Fellows" set up their own rival guilds.[lower-alpha 2][14][15][16]

The exact origin of Oddfellowship is involved in obscurity. It must have had a beginning, but just when and where, no historian has ever been able to ascertain. All of its history prior to the introduction of the Order into England is merely conjecture founded upon proofless, and, in most cases, absurd traditions.
— "History" page of the Grand United Order of Odd Fellows in America[18]

Great antiquity has been claimed for the order ... Oddfellows themselves, however, now generally admit that the institution cannot be traced back beyond the first half of the 18th century.
— Encyclopædia Britannica (1911)[9]

Odd Fellowship began in England sometime previous to 1745 with the earliest mention being of a Loyal Aristarcus Lodge meeting held at the Oakley Arms, Borough of Southwark, London.

The Manchester Unity Oddfellows state on their website that "Oddfellows can trace its roots back to the Trade Guilds of the 12th and 13th centuries.[19] Some believe that there are records in Scotland which show that the Oddfellows in its original form may have arisen in the 1500s.[20][21]

There were numerous Oddfellow organizations in England in the 1700s.[22] One Edwardian Oddfellow history argued that in 1710 there was a 'Loyal Lintot of Oddfellows' in London.[23] The first Oddfellows group in South Yorkshire, England, dates from 1730.[24] The earliest surviving documented evidence of an “Oddfellows” lodge is the minutes of Loyal Aristarchus Oddfellow Lodge no. 9 in England, dated 12 March 1748. By it being lodge number 9, this connotes that there were older Oddfellows lodges that existed before this date.[25]

The Oddfellows Magazine of 1888 included a picture of a medal presented to the secretary of a lodge of the Grand Independent Order of Oddfellows in 1796. In a magazine review of a 1798 sermon preached in the Sheffield Parish Church, the "Oddfellows appear to be very numerous with about thirty-nine lodges of them in London and its vicinity, two at Sheffield, and one at each of the following places: Wolverhampton, Birmingham, Shrewsbury, Windsor, Wandsworth, Canterbury, Liverpool, Richmond in Surrey and Lewes".[29] This suggested that the "Original United Order of Oddfellows" consisted of a total of 50 lodges at that time.

In 1810, various lodges of the Union or United Order in the Manchester area declared themselves as an "Independent Order", and organized the "Manchester Unity of Oddfellows" which chartered the Odd Fellows in North America in 1819.[30][31] 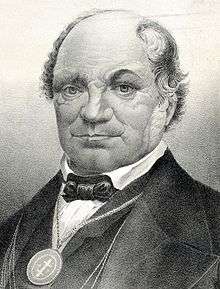 British-American Thomas Wildey (1782–1861) founded the Washington Lodge No 1 in Baltimore in 1819, subsequently the Independent Order of Odd Fellows since 1842.

The Catholic Church in the 19th and early 20th centuries condemned secret societies such as the Freemasons, deemed "pseudo-religious", but also addressed other organisations, including expressing suspicions against the stated religious neutrality and independence of Oddfellows.[39]

In 1907, the Apostolic Delegate to the United States, the Most Rev Diomede Falconio, in reply to a query from the Rev Novatus Benzing, OFM, of Phoenix, Arizona, determined that the Daughters of Rebekah, the auxuiliary of the Independent Order of Odd Fellows, as well as the female auxiliaries of other condemned secret societies, fell under the same category of condemnation.

However, permission for "passive membership" in female groups affiliated with societies condemned by the church in 1894 (including such oddfellows as the Knights of Pythias and Sons of Temperance) could be granted individually under certain conditions, viz. that the person in question had joined the group in good faith before the condemnation, that leaving the group would cause financial hardship due to the loss of sick benefits and insurance, that if permission is granted dues would only be paid by mail, the parishioner would not attend any lodge meetings, and the society would not have anything to do with the person's funeral.[40]

Since 1975, however, several Catholic priests have become members of the Odd Fellows. One of them was Father Titian Anthos Miani who joined Scio Lodge No.102 of the Independent Order of Odd Fellows in Linden, California.[41] As soon as the controversy declined and religious leaders began to accept secular organizations, numerous pastors, priests, bishops and rabbis from different religious sects have become members and some even held leadership positions in the Odd Fellows.[41]

The origins and history of the Oddfellows are not easily verified; some of the possible facts are mixed with unverifiable myth, legend, folklore and opinion. The following is a far-from-exhaustive list of "histories" of Oddfellows – unfortunately, few of them quote their sources.