Ole Edvart Rølvaag (Rølvåg in modern Norwegian, Rolvaag in English orthography) (April 22, 1876 – November 5, 1931) was a Norwegian-American novelist and professor who became well known for his writings regarding the Norwegian American immigrant experience. Ole Rolvaag is most frequently associated with Giants in the Earth, his award-winning, epic novel of Norwegian immigrant homesteaders in Dakota Territory.[1]

Rølvåg was born in the family's cottage in a small fishing village on the island of Dønna, in the far southern district of Nordland county, Norway. Dønna, one of the largest islands on the northern coast of Norway, is situated about five miles from the Arctic Circle. He was born with the name Ole Edvart Pedersen, one of seven children of Peder Benjamin Jakobsen and Ellerine Pedersdatter Vaag. The settlement where he was born had no official name, but was referred to as Rølvaag, the name of a narrow bay on the northwestern point of the island where the fishermen kept their boats. At 14 years of age Rølvaag joined his father and brothers in the Lofoten fishing grounds. Rølvaag lived there until he was 20 years of age, and the impressions he received during the days of his childhood and his young manhood endured with him throughout his life.[2]

An uncle who had emigrated to America sent him a ticket in the summer of 1896, and he traveled to Union County, South Dakota to work as a farmhand. He settled in Elk Point, South Dakota, working as a farmhand until 1898. With the help of his pastor, Rølvaag enrolled in Augustana Academy in Canton, South Dakota where he graduated in 1901. He earned a bachelor's degree from St. Olaf College in Northfield, Minnesota in 1905, and a master's degree from the same institution in 1910. He also had studied for some time at the University of Oslo.[3]

In 1908 he became a United States citizen and married Jennie Marie Berdahl, the daughter of Andrew James Berdahl and Karen Oline Otterness. They had four children: Olaf, Ella, Karl and Paul. Their son, Karl Fritjof Rolvaag, served as the 31st Governor of Minnesota.[4]

In 1906, Rølvaag was recruited as a professor by St. Olaf College president John N. Kildahl. Rølvaag was made head of the Norwegian Department at St. Olaf in 1916. In 1925, Ole E. Rolvaag became the first secretary and archivist of Norwegian-American Historical Association. He held both positions for the rest of his life. Rølvaag was knighted in the Order of St. Olav by the King Haakon VII in 1926.[5][6]

Ole Rølvaag wrote in the Norwegian language, but his novels have a distinct American flavor and theme. Rolvaag was deeply influenced by earlier American writers who, writing in Norwegian, had faithfully portrayed the experiences of so many Norwegian immigrant pioneers. In this he was strongly influenced by Hans Andersen Foss and Peer Stromme, both of whom had written novels which provided realistic aspects of the homesteader’s experience. The Emigrants by Norwegian author Johan Bojer, first published in 1925, follows many of these same themes. Rølvaag in turn provided an equally strong influence on future Scandinavian writers. Rølvaag attracted a number of gifted young Norwegian-Americans to St. Olaf College, among them Einar Haugen. Written decades later, Vilhelm Moberg's novels would depict the experience of Swedish-American immigrants.[7][8]

Giants in the Earth

Rølvaag's authorship and scholarship focused on the pioneer experience on the Dakota plains in the 1870s. His most famous book is Giants in the Earth (Norwegian: Verdens Grøde), which is part of a trilogy. It features the story of a Norwegian pioneer family's struggles with the land and the elements of the Dakota Territory as they try to make a new life in America. The book was based partly upon Rolvaag's personal experiences as a settler and as well of the experiences of his wife’s family who had been immigrant homesteaders. The novel realistically treats the lives and trials of Norwegian pioneers in the Midwest, emphasizing their battles with the elements. The book also portrays the trials of loneliness, separation from family, longing for the old country and the difficulty of fitting into a new culture.[9]

The book was written in Norwegian and then translated into English. The book reads as an American novel while stemming from an old-world literary tradition. It provides dramatic contrast between Per Hansa and his wife Beret. Per is a natural pioneer who sees promise flooding the windswept plains. Beret hungers for the home ways and in her heart loneliness gathers, penetrates to the deeper reality of life lived on the American frontier.

Giants in the Earth served as the basis for an opera by Douglas Moore and Arnold Sundgaard; it won the Pulitzer Prize for Music in 1951.[10] 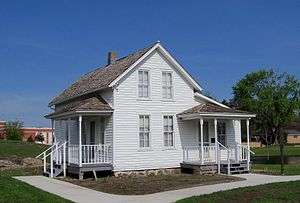