In 1996, Graham and Robert Morris founded Viaweb, the first application service provider (ASP). Viaweb's software, originally written mostly in Common Lisp, allowed users to make their own Internet stores. In the summer of 1998 Viaweb was sold to Yahoo! for 455,000 shares of Yahoo! stock, valued at $49.6 million.[6] At Yahoo! the product became Yahoo! Store.

He later gained fame for his essays on his popular website paulgraham.com. Essay subjects range from "Beating the Averages",[7] which compares Lisp to other programming languages and introduced the hypothetical programming language Blub, to "Why Nerds are Unpopular",[8] a discussion of nerd life in high school. A collection of his essays has been published as Hackers & Painters [5] by O'Reilly, which includes a discussion of the growth of Viaweb and what Graham perceives to be the advantages of Lisp to program it.

In 2001, Graham announced that he was working on a new dialect of Lisp named Arc. Over the years since, he has written several essays describing features or goals of the language, and some internal projects at Y Combinator have been written in Arc, most notably the Hacker News web forum and news aggregator program.

In 2005, after giving a talk at the Harvard Computer Society later published as "How to Start a Startup", Graham along with Trevor Blackwell, Jessica Livingston and Robert Morris started Y Combinator to provide seed funding to a large number of startups, particularly those started by younger, more technically oriented founders. Y Combinator has now invested in more than 1300 startups, including Justin.tv, Xobni, Dropbox, Airbnb and Stripe.[9]

In response to the proposed Stop Online Piracy Act (SOPA), Graham announced in late 2011 that no representatives of any company supporting it would be invited to Y Combinator's Demo Day events.[10]

BusinessWeek included Paul Graham in 2008 edition of its annual feature, The 25 Most Influential People on the Web.[11]

Graham has a Bachelor of Arts in philosophy from Cornell University[15][16] (1986).[17] He then attended Harvard University, earning Master of Science (1988) and Doctor of Philosophy (1990) degrees in Computer Science.[15][18] He has also studied painting at the Rhode Island School of Design and at the Accademia di Belle Arti in Florence.[15][18] 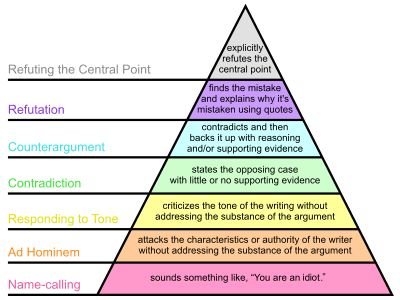 Following this hierarchy, Graham notes that articulate forms of name-calling (e.g. "The author is a self-important dilettante") are no different from crude insults.

Graham considers a hypothetical Blub programmer. When the programmer looks down the "power continuum", he considers the lower languages to be less powerful because they miss some feature that a Blub programmer is used to. But when he looks up, he fails to realise that he is looking up: he merely sees "weird languages" with unnecessary features and assumes they are equivalent in power, but with "other hairy stuff thrown in as well". When Graham considers the point of view of a programmer using a language higher than Blub, he describes that programmer as looking down on Blub and noting its "missing" features from the point of view of the higher language.[21]

Graham describes this as the "Blub paradox" and concludes that "By induction, the only programmers in a position to see all the differences in power between the various languages are those who understand the most powerful one."[21]

The concept has been cited by writers such as Joel Spolsky.[22]