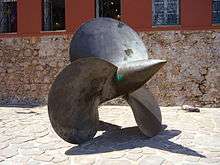 These alloys are notable for their toughness, strength, low coefficient of friction, and fine grain. The phosphorus reduces the viscosity of the molten alloy, which makes it easier and cleaner to cast and reduces grain boundaries between crystallites.

Phosphor bronze is used for springs, bolts, and various other items used in situations where resistance to fatigue, wear, and chemical corrosion are required (e.g., a ship's propellers in a marine environment). The alloy is also used in some dental bridges.

Grades A, C, and E – C51000, 52100, 50700 are commonly used nonferrous spring alloys. The combination of good physical properties, fair electrical conductivity, and moderate cost make phosphor bronze round, square, flat, and special-shaped wire desirable for many springs, electrical contacts, and a wide variety of wire forms where the desired properties do not require the use of more expensive beryllium copper. [2]

Phosphor bronze (94.8% copper, 5% tin, 0.2% phosphorus) is also used in cryogenics. In this application, its combination of fair electrical conductivity and low thermal conductivity allows the making of electrical connections to devices at ultra low temperatures without adding excessive heat.[3] 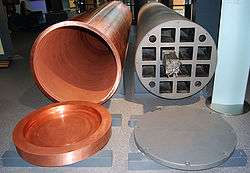 Magnetic tape was first used to record computer data in 1951 on the Eckert-Mauchly UNIVAC I. The UNISERVO drive recording medium was a thin metal strip of 0.5-inch (12.7 mm) wide nickel-plated phosphor bronze. Recording density was 128 characters per inch (198 micrometre/character) on eight tracks at a linear speed of 100 in/s (2.54 m/s), yielding a data rate of 12,800 characters per second. Of the eight tracks, six were data, one was a parity track, and one was a clock, or timing track. Making allowance for the empty space between tape blocks, the actual transfer rate was around 7,200 characters per second. A small reel of mylar tape provided separation from the metal tape and the read/write head. 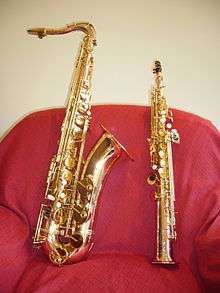 Phosphor bronze is preferred over brass for cymbals because of its greater resilience, leading to broader tonal spectrum and greater sustain.

Phosphor bronze is one of several high copper content alloys used as a substitute for the more common "yellow" or "cartridge" types of brass to construct the bodies and bells of metal wind instruments. Examples of instruments constructed using high copper alloys occur among members of the brass instrument family (trumpets, flugelhorns, and trombones) and one member of the reed instrument family, saxophones. In addition to the distinctive appearance provided by the reddish-orange hue of high copper alloys, they are purported by some instrument designers, sellers, and players to provide a broader harmonic response spectrum for a given instrument design. The Yanagisawa 902/992 model saxophones (pictured) have bodies of phosphor bronze, in contrast to the brass 901/991 models.

Further increasing the phosphorus content leads to formation of a very hard compound Cu3P (copper phosphide), resulting in a brittle form of phosphor bronze, which has a narrow range of applications.

Around 2001, the Olin Corporation developed another phosphor bronze alloy[6] comprising:

Olin developed this new alloy for use in electrical and electronic connectors. When assessed in strictly metallurgical terms it is not true phosphor bronze, but a form of iron-modified tin brass.